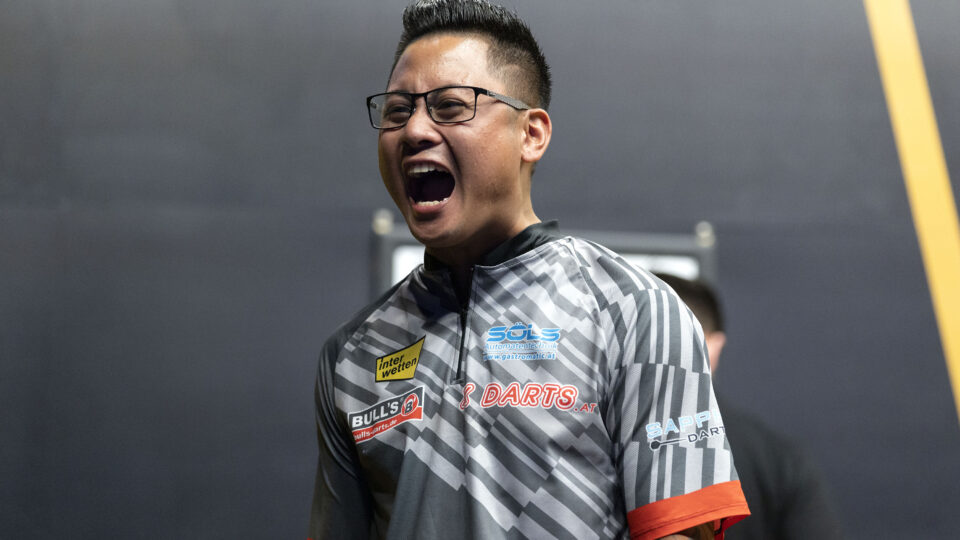 At the Interwetten European Darts Matchplay on Saturday, Dimitri Van den Bergh continued his recent success with an emphatic second round victory as ten seeds were eliminated in Trier.

With World Series of Darts triumphs in Copenhagen and Amsterdam, Van den Bergh had a fantastic month of June. Against Florian Hempel, he made a remarkable start to his quest for his first European Tour victory.

In a 6-2 victory over the German star, the Belgian averaged 110.83, starting with a 152 checkout and finishing with eight 180s and a ten-darter in a commanding performance.

Damon Heta, the Australian World Cup winner, defeated Callan Rydz 6-4 after falling behind 4-3 in their second-round encounter. He will now play Van den Bergh in the third round on Sunday afternoon.

Runner-up in the Premier League The World Grand Prix winner Jonny Clayton was eliminated 6-4 by rising talent Scott Williams, and Joe Cullen suffered the price for failing to win the match against Ian White, who advanced in a final leg.

German Lukas Wenig won 6-4 over Chris Dobey by adding a match-winning 167 checkout to an earlier 170 checkout, much to the joy of the Trier audience.

James Wilson missed four match darts before Rob Cross won their tie with a score of 104, and Stephen Bunting defeated Sebastian Bialecki, a young Polish player, in another 11-leg nail-biter with a score of 110.

On Sunday afternoon, Nathan Aspinall surged past Williams to draw the match after pulling away from a two-all tie and reeling off four straight legs.

Three-time European Tour champion Luke Humphries overcame Cameron Menzies’ high average to win 6-4 and go to the next round.