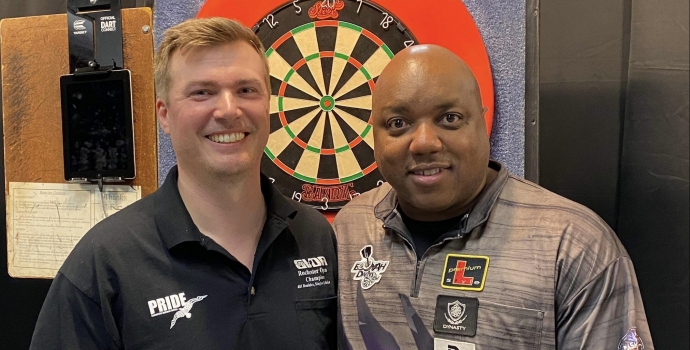 The US Darts Masters field is complete

The quartet completes the lineup for the PDC World Series of Darts event at Madison Square Garden’s Hulu Theater.

Cameron of Canada qualified for the competitions by winning the first of two qualifiers on Friday, while Lauby’s runner-up finish ensured his participation in New York.

Gates and Boehm of the United States were the final two players in Event Two, assuring their appearance on the MSG stage on June 3-4.

The eight North American participants will compete against top PDC talents such as World Champion Peter Wright, superstars Gerwyn Price and Michael van Gerwen, and history-maker Fallon Sherrock in the US Darts Masters.

The four PDC Tour Card Holders from North America are Danny Baggish and Jules van Dongen from the United States, as well as Jeff Smith and Matt Campbell from Canada.

The Bet365 US Darts Masters will kick off on Friday, June 3 with the first round, which will pit PDC representatives against North American representatives.

The quarter-finals, semi-finals, and final will be played in the evening session on Saturday, June 4th.