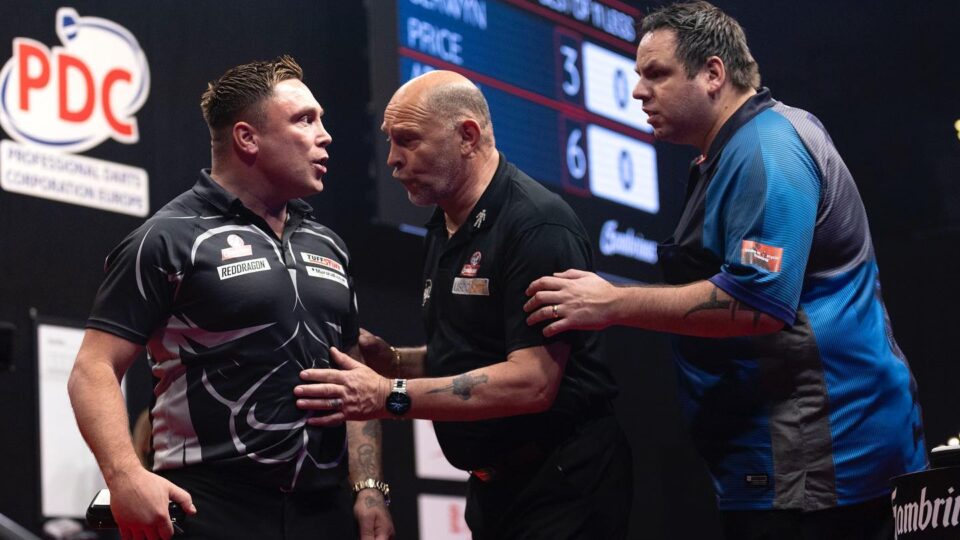 Seeds tumble in Prague as Price and Lewis clash again

As the Gambrinus Czech Darts Open continued in Prague on Saturday, Gerwyn Price and Jonny Clayton were among the top seeds who fell at the first hurdle.

In the early stages of the match, the pair were locked at three legs apiece, but the Spaniard came within a leg of winning the match with back-to-back legs.

Clayton, the current Premier League leader, made a valiant comeback to force a deciding leg, but Justicia held his nerve to secure one of his most significant victories.

Justicia will now face Jose de Sousa in the third round of the European Tour for the first time, with the Portuguese ace recording a straightforward 6-2 victory over Martijn Kleermaker.

After hitting the game-winning double, Lewis approached Price and hugged him, but the Welshman did not appreciate the embrace.

After a heated confrontation, referee Russ Bray intervened to diffuse the situation before an enraged Price exited the stage.

In the third round, Lewis will face Vincent van der Voort, who defeated Martin Schindler of Germany in a deciding leg.

Joe Cullen became the latest seeded player to lose in the quarterfinals, falling 6-4 to Ross Smith.

The most recent European Tour winner surged to a 5-0 lead before needing 12 match darts to finally cross the finish line.

On the last day, Czech hopes will be riding on Adam Gawlas, who stunned Damon Heta 6-4 in front of his home fan

Gawlas will now face Ryan Searle, who didn’t allow Ritchie Edhouse a dart at double in their match, finishing with a 107 average to complete a remarkable whitewash victory.

Rowby-John Rodriguez, meanwhile, has advanced to the last 16 of a European Tour event for the first time in three years, triumphing 6-4 over Premier League star Michael Smith.

The World Cup finalist will now face Dirk van Duijvenbode, who defeated Karel Sedlacek by a score of 6-3.

Humphries handily defeated a rising Martin Lukeman in a rematch of the German Darts Grand Prix final from April.

Van den Bergh beat Nathan Aspinall for the seventh time in a row, winning 6-4 in a hard-fought match to set up a showdown with the 2022 UK Open runner-up.

With a stunning whitewash over Krzysztof Ratajski, Ricky Evans was the first player to secure a third round spot, average 103.66.

The competition concludes on Sunday with the third round in the afternoon session, followed by the crucial quarter-finals, semi-finals, and final in the evening session. 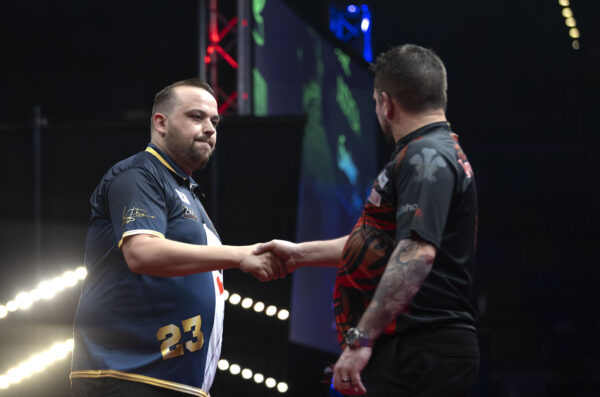