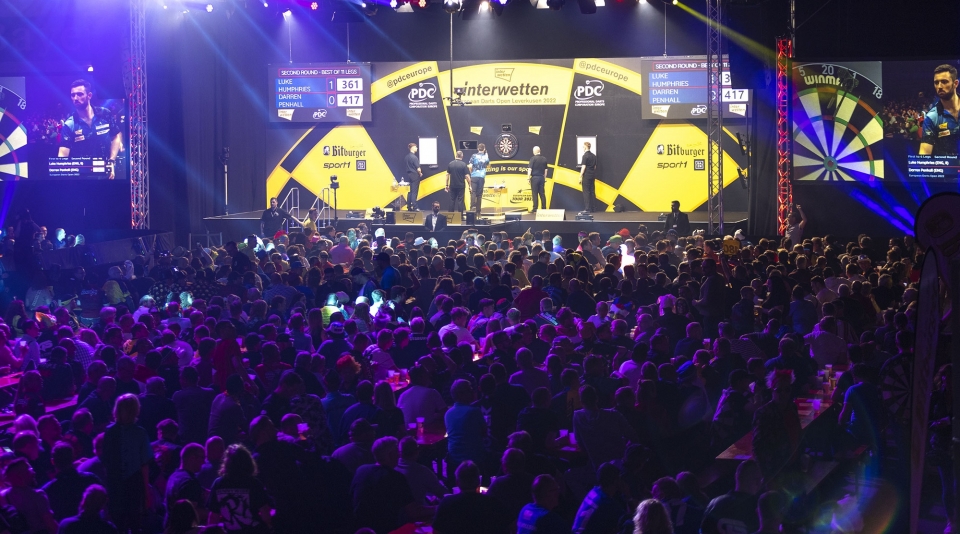 Viaplay to show the 2023 PDC European Tour in UK & Europe.

The Viaplay Group and the Professional Darts Corporation have agreed to a five-year agreement in which the Viaplay streaming service will be the exclusive home of the PDC European Tour in the United Kingdom, the Netherlands, Poland, and all Nordic and Baltic countries.

Starting in February 2023, the European Tour will offer regular top-level events showcasing darts’ superstars, and it will be a significant addition to Viaplay’s fast-growing sports portfolio in the UK – the world’s largest darts market.

Throughout the season, the PDC European Tour hosts 13 live events for darts fans. Each event lasts three days and features eight hours of competition per day, for a total of 312 live hours of world-class action on Viaplay every year until 2027.

“The UK has darts at heart and this deal will make our service even more attractive to local viewers. At the same time, we can bring additional thrilling events to fans across our European footprint, where we have worked successfully with the PDC for many years.”

PDC Chief Executive Matthew Porter said: “Viaplay have become a major broadcaster of PDC events over recent years and this is a natural extension of their coverage.

“The European Tour, which in 2023 will pay out over £2.2m in prize money, is a much-loved series amongst darts fans and we’re delighted to be able to bring it to a new and wider audience through Viaplay’s numerous territories.”