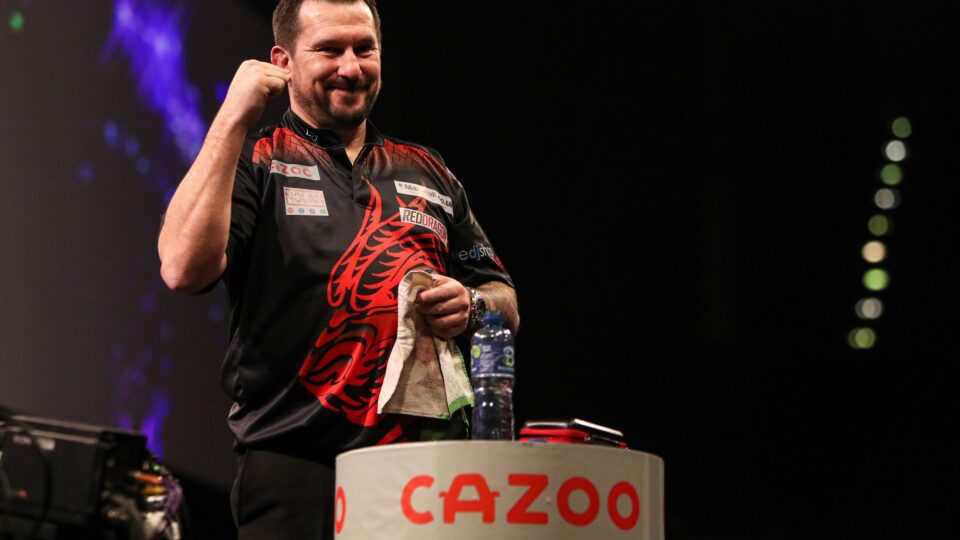 We now enter stage two of the Premier League 2022 season, starting with a night at the First Direct Arena in Leeds.

Gary Anderson has been ruled out of Thursday’s Cazoo Premier League night in Leeds after testing positive for Covid-19.

Weeks eight saw the Premier League eight face off in a draw bracket, based on the league table following Night Seven. It was Jonny Clayton who came picked up his second Premier League night.

The win for Ferret last week meant he joined Michael van Gerwen at the top of the table on 17 points.

Jonny also became the second player to win two nights and in the final last week, it was the return of 2021 Ferret, firing in a 111 average to demolish James Wade 6-1.

For The Rockstar, it wasn’t to be back-to-back wins, however, he did make it seven points in two weeks, to move into the top four. Joe Cullen battled past Gerwyn Price in the opener before a defeat to finalist, James Wade, and he could be looking to inflict revenge this week.

James Wade will need to play his part in setting up that Semi-Final rematch, as he takes on Gerwyn Price in the last Quarter-Final of the evening.

The opening game of the evening sees a World Championship 2022 rematch. Michael Smith has been unable to inflict defeat on Peter Wright in the two meetings since the World Championships and will see Leeds has the perfect opportunity to get the win.

Michael Smith is one of just two players yet to pick up a Premier League and back-to-back first-round defeats have seen him drift to 7th place.

Snakebite it’s been an indifferent Premier League at the halfway stage. He currently sits in third place, however, he hasn’t reached a final in the last four weeks.

Table topper Michael van Gerwen will get a bye into the Semi-Finals after the withdrawal of Gary Anderson and he awaits the winner of the opening tie.