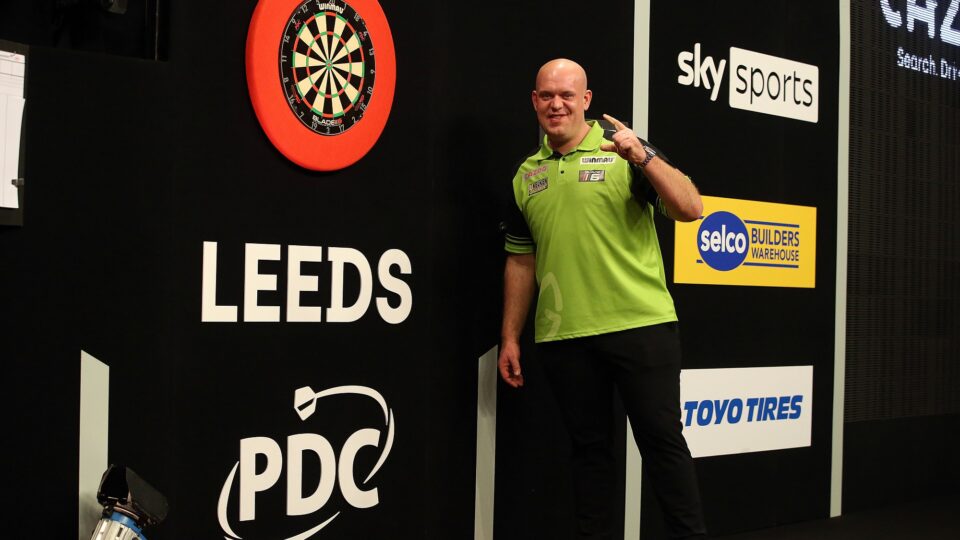 Michael van Gerwen extended his lead at the top of the Cazoo Premier League to three points with a third league night victory in Leeds on Thursday.

Last month, the Dutchman won in Exeter and Brighton, and his wins at the First Direct Arena over Peter Wright and James Wade earned him another £10,000 prize.

As the competition for Play-Off spots heats up, Van Gerwen sits three points ahead of Jonny Clayton at the top of the league table.

After Gary Anderson was ruled out due to a positive Covid-19 test on Wednesday, the five-time Premier League champion received a quarter-final walkover.

In the semi-finals, he defeated World Champion Wright 6-3. Then, in the final, he put on a spectacular performance to defeat Wade 6-1 with a 103.87 average.

MvG, on the other hand, was ruthless in closing out his third season victory, following a 13-darter with legs of 15 and 11 darts.

“It feels good and overall it was a great night,” said Van Gerwen.

“I think the final was okay compared to the semi-final. I know exactly how to play James Wade, you need to make sure you keep believing in yourself and make sure you hurt him, and that’s what I did.

“I cannot complain, I won the night and can’t wish for any more.

“It was a bit tough [not playing in the first game], but you just have to look at the end goal of winning the nights.

“You just have to do what you can do, and that is win the games you have. I always want to perform, especially in front of crowds like this. They were amazing tonight.”

“The times are different now in terms of dominance.

“I know there’s still more work to do but you need to keep aiming for more, and winning is the best medicine for you.

“The most important thing right now is being happy with how I am playing, and if the right Michael van Gerwen turns up – I know I can win.”