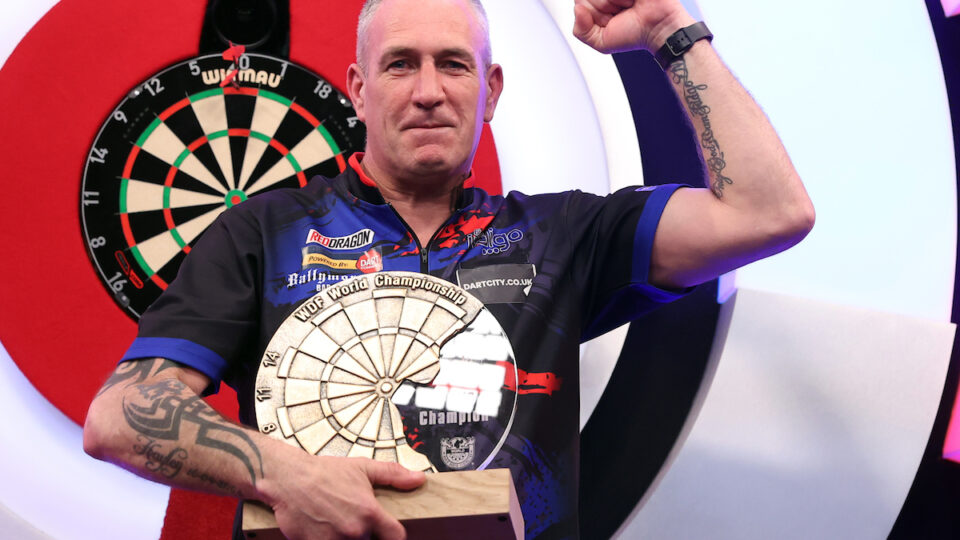 Neil Duff overcame a poor start to win the 2022 WDF Men’s World Championship at Lakeside in an 11-set thriller over Thibault Tricole.

Statistically, ‘The Duffman’ had been the more impressive player going into the final, but he got off to a terrible start, averaging just 76 points while dropping the first two sets without winning a leg.

After Tricole had missed a dart to take out 112 and tie the set, he stopped the rot in the third, nicking it 3-1 and cutting the deficit.

Tricole was able to re-establish his two-set advantage by winning the fourth set 3-0 before Duff got his stride, winning three straight games to make it 4-3 and take the lead for the first time.

In the eighth set, Duff hit 11 and 12-darters, the last culminating with a superb 121 finish, but he couldn’t take it out, with Tricole holding in 13 to bring it all-square going into the final break.

Duff, the first Northern Irish player to play in a World Championship final, came back from 2-0 down in the ninth set with a spectacular three-leg surge that included a 111 checkout to go 5-4 up and within one of victory.

‘The French Touch,’ who had already survived eight match darts earlier in the week, didn’t go down without a fight, winning the tenth set 3-0 to force a decider.

He couldn’t keep up that level in the final set, falling behind 2-0 before missing a dart at double 12 to save his title hopes. Duff pounced, as he had all week, hitting tops on the second try to take out 50 and win the tournament.

Duff, who is now the World No. 1 in the WDF, finished with an 87.73 average and six 180s. Tricole fired six maximums and finished with an 86.95 average, making him the first Frenchman to play in a televised darts final.

In her quarter- and semi-final victories, the Doncaster youngster dropped just three legs, and she continued that trend in the final, winning the first set 3-0 with an average of just over 104.

Hutchinson got a leg on the board in the second set by holding throw, but that was it for her, as Greaves threw five 180s and won nine consecutive legs to take the match in straight sets.

Greaves’ final average of 92.02 is the best in tournament final history and third best in Women’s World Championship history.