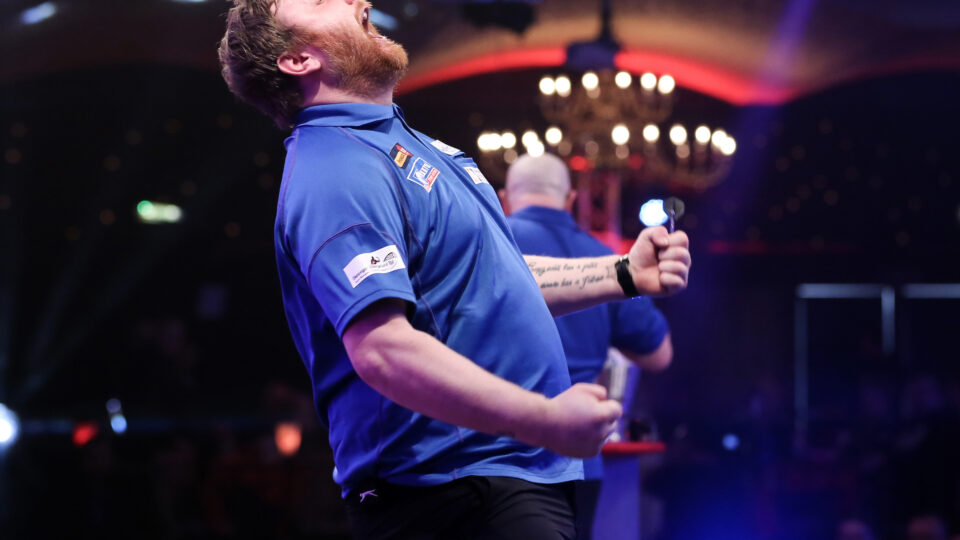 Menzies and Duff impress on day 4 at Lakeside.

On Tuesday afternoon, the second round of the 2022 WDF World Championships started at Lakeside, with Cameron Menzies and Neil Duff among the notable victors.

In the final game of the session, Scotland’s Menzies recorded four maximums in a 3-1 victory over England’s Ian Jones.

Menzies, a pre-tournament favourite, cruised through the first set 3-0 but Jones, dubbed ‘The Whippet,’ came back to win the second set 3-2 by taking out 122.

Despite a minor dip in scoring power in the next two sets, Menzies won the third set 3-0 before holding off further Jones pressure to take the fourth set 3-2 with a 24-point checkout.

Menzies will play the winner of this evening’s final tie between defending champion Wayne Warren and Lancashire’s Lee Shewan later this week.

Before his long-awaited debut, Neil Duff spoke the talk, predicting a 3-0 win over Australian qualifier Justin Thompson. That’s exactly what he did in the end, averaging 88.77 in a victory that demonstrated his title credentials.

After going behind 2-1 in the first set, ‘The Duffman’ exhibited some clinical finishing to take a two-set lead by winning five straight legs in 77 darts.

Thompson’s tenacity was on display in the third, when a massive 149 checkout helped him force the game to a final leg. Unfortunately for him, he was unable to find the break he need, and Duff instead won the match in straight sets with a score of 71.

Duff, who is still confident that he can go all the way this week, will face England’s 12th seed Nick Fullwell, whom he met on the WDF tour last year.

Fullwell ended Rory Hansen’s World Championship campaign with a 3-0 victory, putting anxieties about a recent house break-in behind him.

De Vreede raced to a two-set lead, but Van Dongen cut the deficit in half by winning the third set 3-1, but despite winning the first leg of the fourth, he couldn’t replicate the feat, de Vreede winning three in a row in 50 darts to win 3-1.

WDF World No. 1 James Hurrell, who won his maiden game on the Lakeside stage at the third attempt after a tough five-set battle with John Desreumaux.

Hurrell was visibly apprehensive throughout the competition, despite entering as one of the favourites to win it all.

Kirsty Hutchinson is one of the favourites in the Women’s World Championships‘ bottom half of the draw, having won her first match against Jo Clements. Hutchinson bossed the match as we saw a huge celebration when she sealed victory

Following the conclusion of the match between Ryan de Vreede and Jules van Dongen, the match between Wayne Warren and Lee Shewan has been postponed until tomorrow evening (6th April) due to a production technical failure that prevented the game from being broadcast live on television. The match will be played in the evening session. More information will be forthcoming.