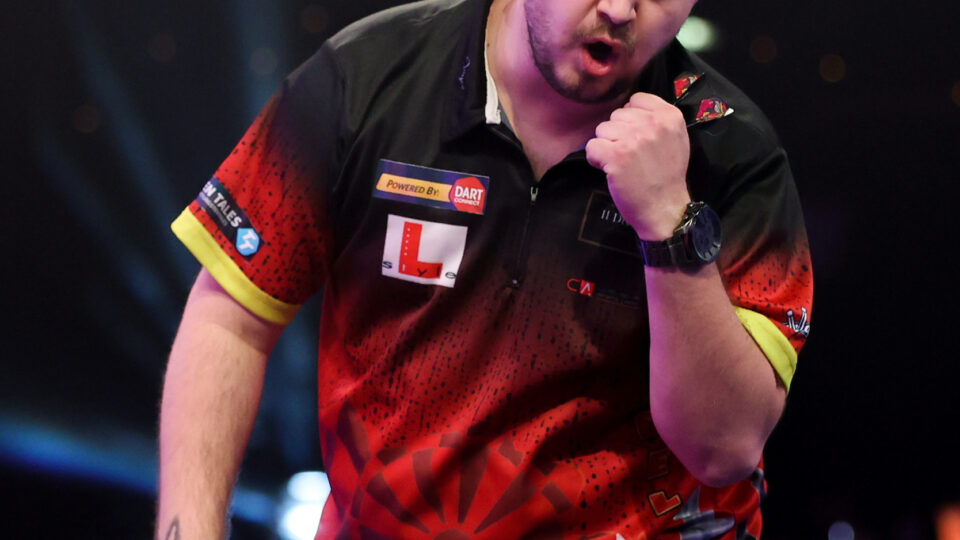 Brian Raman “If you win this tournament you’re World Champion.”

Brian Raman was the number one seed in this year’s WDF Lakeside World Championship, and he played up to his billing in a dominant first round victory over Johnny Haines.

As a PDC Tour Card holder, he had to make the decision to play Lakeside, and he claimed it was never something he considered.

“When I got the decision to make whether to play Lakeside or ProTours next weekend, I never really thought about not playing Lakeside because in the end, if you win this tournament you’re World Champion.”

“I’m feeling really happy. I’ve been really fortunate to win this game. The 180 in the last leg really helped me to get over the line. I think experience helped me a lot in this game, fair play to Johnny (Haines) he really gave me a go in this game,”

“It was always a tough game in the third round. You only get really tough games in the latter stages of tournaments, Jarred’s playing really well so I look forward to playing.”

Raman won his tour card at PDC Q-School in January and though the Lakeside dream was over, until the PDC allowed the new tour cardholders to play. Now Raman has his eyes on the title.