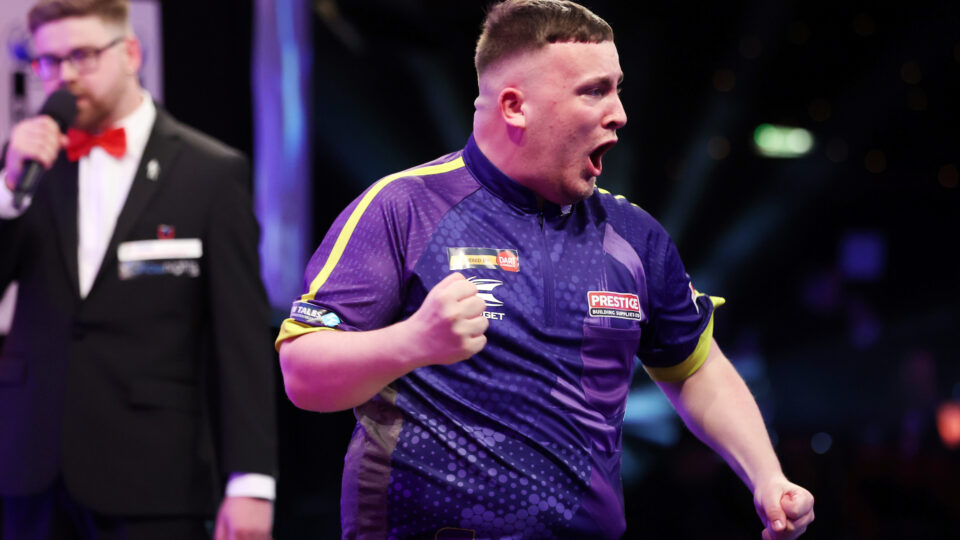 Raman and Littler steal the show on day 3 at Lakeside

As the second round of the 2022 WDF World Championships proceeded, top seed Brian Raman came through with an absolute stunner against Johnny Haines to win his Lakeside debut.

In a 23-leg epic that was the finest game of the tournament so far, the two shared nine 180s and four ton-plus finishes.

Raman, who has a 92.61 batting average, will play Jarred Cole in the championship game on Wednesday evening.

Cole advanced to the final 16 by defeating Antony Allen 3-0, building on his excellent win over Martin Adams in the tournament’s first game.

In the second game of the evening, Rhian O’Sullivan maintained her stunning comeback to Lakeside after a 10-year hiatus, defeating Corrine Hammond 2-1 in a thrilling back-and-forth battle.

When the Welsh captain takes on Maria O’Brien on Friday, a place in the semi-finals is on the line.

As the second round of this year’s events got began at Lakeside, Luke Littler made history by being the youngest player to win a game in a senior World Championship.

In a 3-2 triumph over Ben Hazel, the 15-year-old proved why he’s such a highly touted prospect, but he didn’t have it all his own way.

Although he didn’t quite hit the same heights of his 101.32 average in the first round, Jim McEwan once again impressed as he defeated Aaron Turner 3-1.

Up next for McEwan, who averaged 92.48 against Turner, is Wales’ Mike Warburton, who came through an almighty tussle with Dave Prins 3-2 in the opening game of the session.