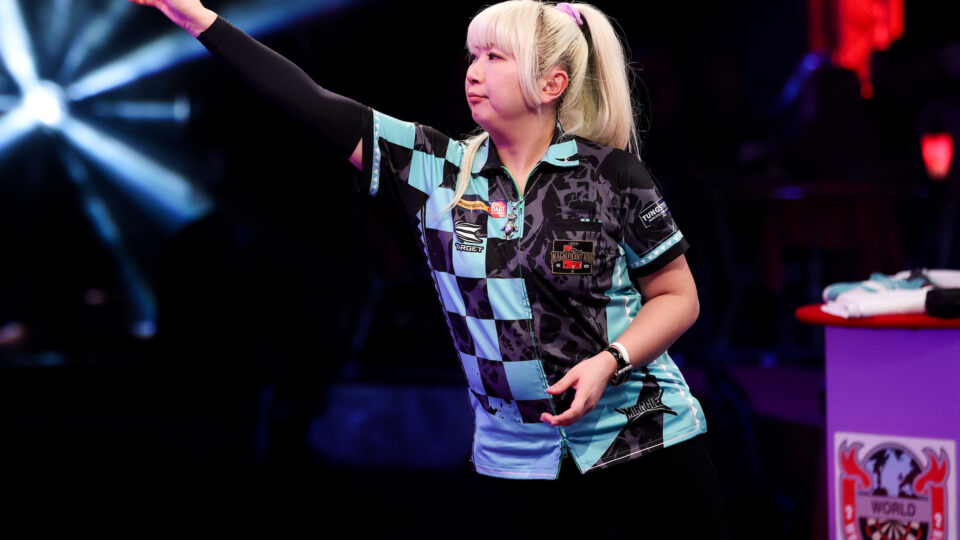 As the second round line-ups at the WDF World Championships were determined, Mikuru Suzuki defeated Laura Turner to begin her title defence.

Suzuki won the first set 3-0 and started the second with a 14-darter despite not being at her best at the start of the game. Turner halted the bleeding with a throw break, then went ahead 2-1 with a 20-dart hold of throw.

Suzuki, on the other hand, was unable to finish out the set, winning the final two legs in 39 darts to secure a 2-0 triumph. Suzuki will play former World Master Aileen de Graaf on Thursday evening at Lakeside, hoping to prolong her perfect record.

Shawn Burt stunned the event by defeating current PDC Tour Card holder and one of the pre-tournament favourites, Connor Scutt, 2-0 earlier in the evening. During the opening set, big finishes of 93 and 102 kept Burt in contention, and when Scutt’s scoring strength faded in the closing leg, the Canadian was able to capitalise with a 20-darter.

In the second set, Scutt showed flashes of his ability, with a 114 checkout to break the Burt throw being the highlight, but he was unable to put together a continuous run.

Burt fought back immediately, delivering his first 180 of the match before finishing with a 20-darter. Burt, who goes by the nickname Mr Intensity, joins fellow Canadian Rory Hansen in the last 32, where he’ll face second seed Thibault Tricole.

Dave Parletti turned in one of his best performances of his career to upset Scotland’s Shaun McDonald and win his first World Championships game at the third attempt.

After winning the opening set 3-0, McDonald, the defending Irish Classic champion, appeared to be in complete command. After the break, he only won one more leg, while Parletti won six of the following seven to secure a 2-1 triumph.

Parletti, who won five ranking events and finished with an 88.59 average, will play Andy Baetens on Wednesday afternoon.

Coming into this weekend, James Richardson and Steve Hine have a combined total of eight PDC World Championship appearances under their belts, and both have now won on the Lakeside stage.

Richardson exploded onto the scene like a freight train, winning the first three legs in a row and appearing to be on his way to securing a position in the final 32 in double-quick time. Sebastian Steyer, on the other hand, stormed back, winning the following three games to keep the game alive and force a decider.

Ruthless won the third set thanks to a pair of 17-darters and will now face Scott Marsh, the 10th seed.

an impressive victory. Next up for the ‘The Muffin Man’ is the highly-fancied Leonard Gates.