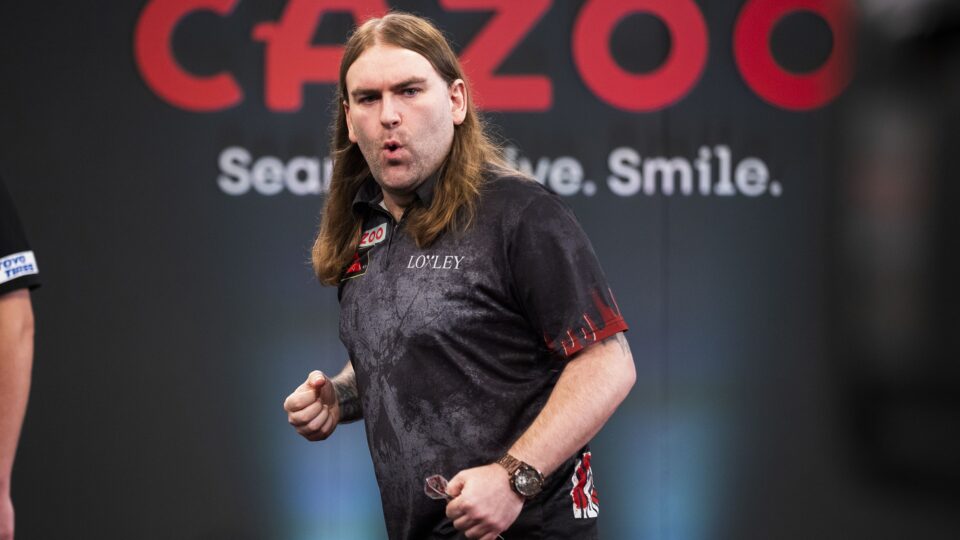 For the third year in a row, Searle won a PDC ProTour title, ending a sequence of three consecutive defeats in Players Championship deciders with a stunning performance to overcome Aspinall.

He had to settle for second place at the Players Championship Finals in Minehead in November, but he won the £12,000 top prize at this weekend’s treble-header in Barnsley.

In his first four games, Searle was pushed to the limit, defeating Dutch combo Jimmy Hendriks and Jeffrey de Zwaan in a deciding leg and Alan Soutar and Gordon Mathers by a score of 6-4.

He then thrashed Josh Rock in the quarterfinals before having his semi-final match against Rob Cross go the distance, with an 11-darter propelling Searle to the final.

In leg eight, Aspinall, pursuing his first ranking crown in two years, took out 124 to reclaim the lead, only for Searle to follow up with the same finish in the next leg to regain breathing room before sealing the victory.

“It’s really pleasing and I saved my best game for the final,” said Searle.

“It’s a frustrating game! For the last two days I’ve been playing really well and losing out, and today I started really badly but I got there eventually.

” I scraped through a couple of games but got myself together and played alright after that. I was up for that final – I’ve lost four in a row and there was no way I was losing that today.

” It is frustrating but I’m pretty laid back and sometimes I’m not up enough for the final – I’m just happy to be there – and I’m trying to change that.

“I want to stay in the top 16 and get even higher. I feel like if I play my game I can beat anyone.”