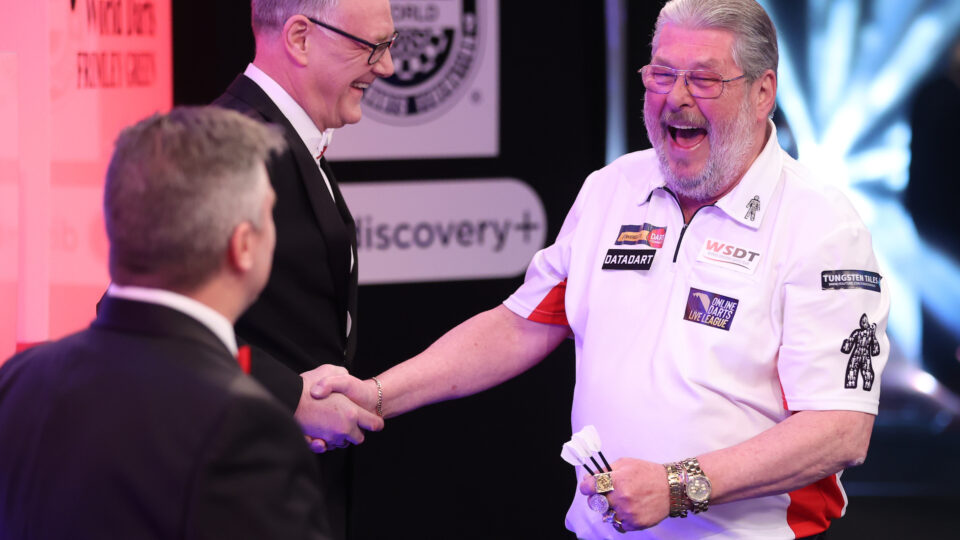 Adams cast doubt over his future.

Martin Adams made his 26th appearance at the Lakeside as he took to the stage at the WDF World Championships.

The three-times world champion was defeated by the young talented Jarred Cole in the tournament opener in what may have been Adams’ final appearance.

Adams confesses that frequent travels across Europe are not high on his agenda at the age of 65, so this could be his final appearance at Lakeside, despite his participation in the World Seniors next month.

“We’ll see, you ask yourself the question do I want to continue travelling around Europe bits of Scandinavia and Europe for two events a year, do I want to do that I don’t know at the moment and the probable answer is no.”

“It always feels great to come here and play. I mean I’m looking forward to the World Seniors Masters that’s going to be here so playing at the Lakeside is something when you’re younger you want to do. I’ve done it 26 times on this stage so happy days,” he said to Online Darts.

He shared his thoughts on whether Jarred Cole, his opponent, can go all the way and what he believes he needs to work on.

“I thought Jarred’s a good young player, he’s a nice lad, he’s got a good temperament. He’s not lairy, feet on the ground and gets on with his game. I know he’s got a lot more to offer in his game, he needs to sharpen up a little bit on some of his double shots but he’s doing well.