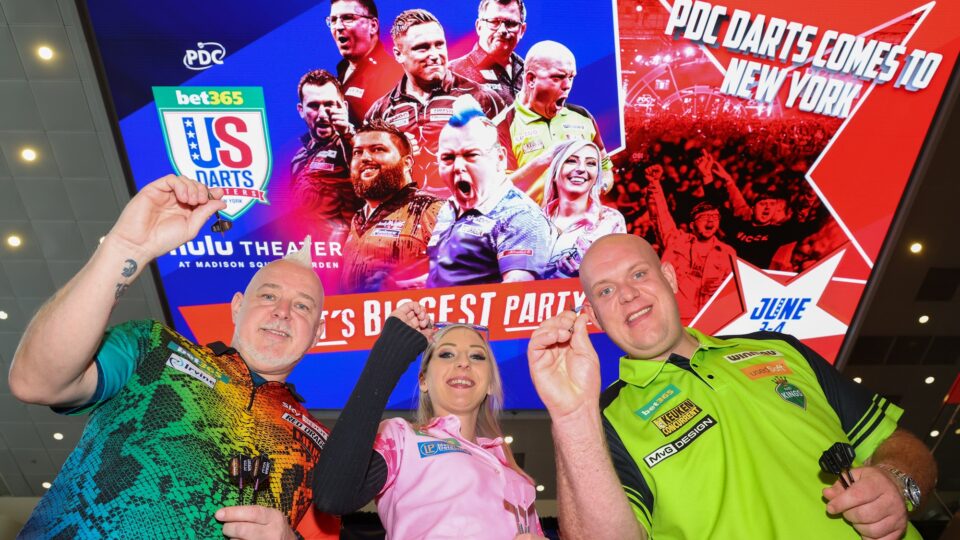 The US Darts Masters draw and schedule

In the bet365 US Darts Masters on Friday, World Champion Peter Wright will play American number one Danny Baggish, as the countdown to the World Series of Darts tournament in New York continues.

On June 3-4, the World Series will make its New York premiere in the Hulu Theater at Madison Square Garden, where eight North American prospects will square off against the sport’s biggest talents.

The first round on Friday will feature a mouth-watering match between world number one Wright, the defending World Champion, and Florida’s Baggish, the top-ranked US prospect in his second year as a PDC professional.

Fallon Sherrock, the runner-up in the Nordic Darts Masters in 2021, takes on Leonard Gates of the United States, while qualifier Doug Boehm takes on Michael Smith.

Jonny Clayton, the reigning Premier League champion, will face American prospect Danny Lauby in the draw, which was made in New York’s renowned Times Square on Wednesday.

The Best of Canadians On Friday, Jeff Smith and Matt Campbell will play James Wade and Gary Anderson, respectively, in their first round matches.

The quarter-finals, semi-finals, and finals of the World Series of Darts will be held in the Hulu Theater on Saturday evening.

In addition, the bet365 North American Championship will be held during Saturday’s afternoon session, with eight US and Canadian professionals competing for the title and a spot in the Cazoo World Darts Championship in 2022/23.

The bet365 North American Championship draw will be made on Thursday June 2.