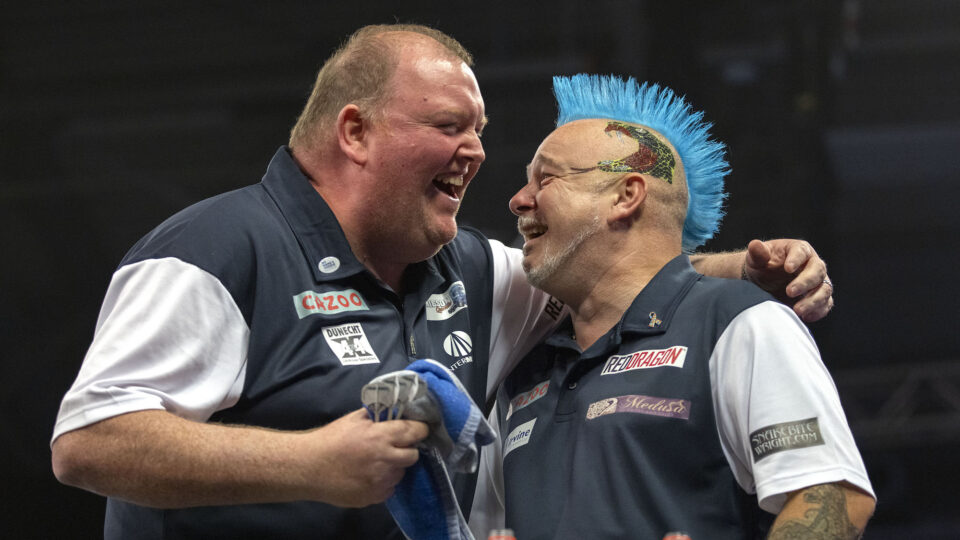 The 32 two-player pairings for the Cazoo World Cup of Darts in 2022 have been revealed ahead of the tournament in June in Germany.

The 12th World Cup, which will be held at the Eissporthalle in Frankfurt from June 16 to 19, will feature two-player teams representing their country in a combination of Doubles and Singles events over four days.

Many nations had already confirmed their two-player lineups through various qualification events and criteria, however nations whose players qualified through the PDC Order of Merit had their lineups confirmed on Monday, May 30.

Peter Wright and John Henderson won the World Cup title for Scotland in 2021, and they will defend their title this summer.

England and the Netherlands, both four-time winners, will be represented by new-look pairings.

For the seventh year in a row, Gerwyn Price and Jonny Clayton will return to recreate the partnership that brought the trophy to Wales in 2020.

Mensur Suljovic and Rowby-John Rodriguez, last year’s runners-up, will team up again, while Belgium’s Dimitri Van den Bergh and Kim Huybrechts will bring their enthusiasm to the stage.

Runners-up in 2019 William O’Connor and Steve Lennon will represent the Republic of Ireland once more.

Damon Heta and Simon Whitlock, as well as Daryl Gurney and Brendan Dolan for Northern Ireland, will try to bring the trophy back to Australia for the first time.

The German-dominated crowd in Frankfurt will undoubtedly support Gabriel Clemens and Martin Schindler.

Daniel Larsson’s performance in the Jack’s Dutch Darts Championship in Zwolle last weekend earned him a spot in the Sweden team to partner Johan Engstrom, with Dennis Nilsson missing out.