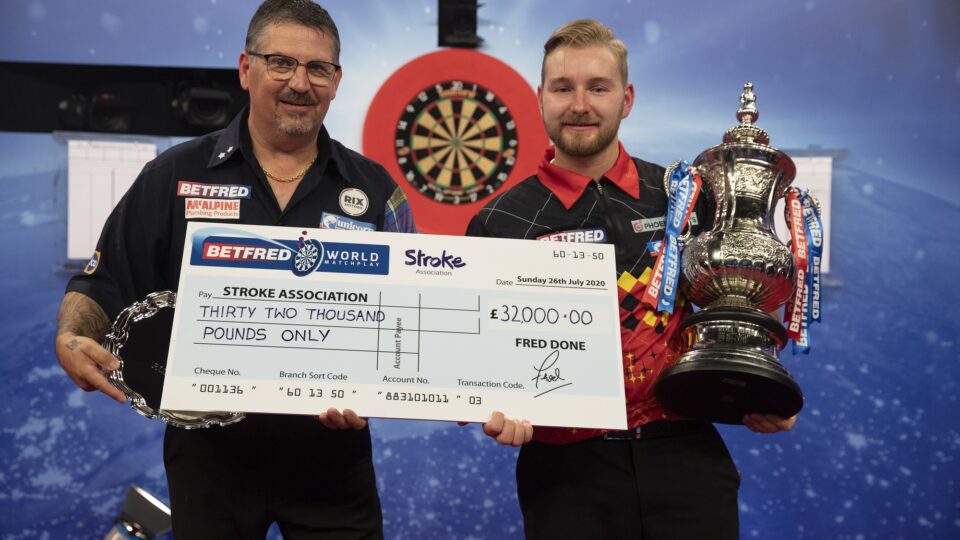 Betfred backing The Stroke Association at the 2021 World Matchplay

With their charity activities at the 2021 Betfred World Matchplay, Betfred will be going for the bullseye for The Stroke Association.

The World Matchplay’s title sponsors raise money for charities every year, with recent beneficiaries including Parkinson’s UK and The Stroke Association.

In 2021, Betfred will once again assist The Stroke Association, donating £50 per 180 during the event and offering a £10,000 extra if the previous year’s record of 333 is reached or beaten.

Betfred will also be running the Betfred Nine-Dart Charity Challenge with the help of competing players, donating £1 per point scored across their nine darts.

“Betfred’s charity support has been extremely well received in recent years and it’s great that they will again be backing The Stroke Association,” said PDC Chief Executive Matt Porter.

“With the exceptional standard we’ve seen across the PDC circuit this year, we’re hoping to see the 180s record broken during the Betfred World Matchplay.

“This gives everyone watching at the Winter Gardens and worldwide even more to cheer as the 180s go in during the event and our players do their bit for such a worthwhile cause.”

Betfred donated £32,000 to The Stroke Association from last year’s tournament, with their backing for the charity continuing as Sky Sports’ Rod Studd makes his planned return to the commentary box following his recovery after suffering a stroke last year.

For more information about The Stroke Association, please visit www.stroke.org.uk. 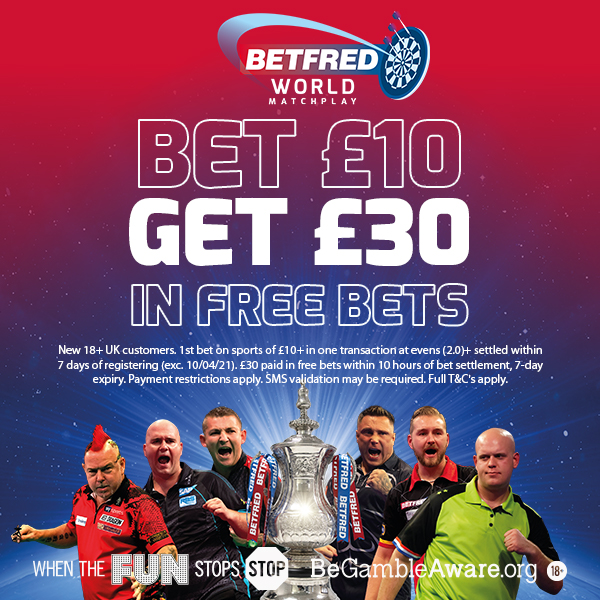