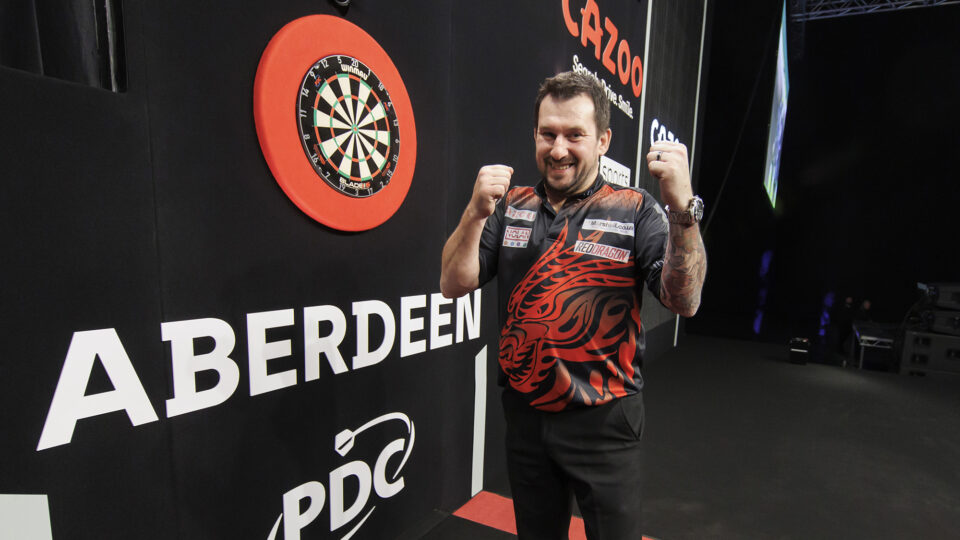 Jonny Clayton climbed to the top of the Cazoo Premier League table with his third win of the season on Thursday in Aberdeen, defeating Michael van Gerwen in the final’s decisive leg.

Clayton averaged 103.40 and overcame one match dart from Van Gerwen to earn his third Premier League victory of the season at P&J Live, following wins in Liverpool and Birmingham.

He also put an end to Scottish ambitions in Aberdeen by defeating Gary Anderson and Peter Wright on the same night, before overcoming Van Gerwen in the final.

With only five league phase evenings remaining, the defending Premier League champion is a step closer to claiming a Play-Off spot.

“The crowd were on my back all night as you’d expect with playing two Scottish guys but I got on with it.

“I did my job in the last leg and pulled through to win it. To beat Michael puts a smile on my face.

“Every time Michael and I play it’s a good game. There have been a lot of times when I’ve stood behind Michael and lost 6-0 or 6-1 but you pick little things up off him to improve your game.”

Clayton rallied from a 4-2 deficit in the final, winning four of the final five legs in five or fewer attempts.

In the quarter-finals, the Welshman defeated Anderson 6-2 before advancing to the semi-finals in a last-leg thriller against Wright.

Van Gerwen maintained his top-four place with victories over Gerwyn Price and James Wade, but nearly missed out on a fourth nightly win of the season.

Wright and Wade, the losing semi-finalists, each have two points after quarter-final victories over Joe Cullen and Michael Smith, respectively.

Against Thursday, April 28, the Cazoo Premier League roadshow visits Dublin’s 3Arena for Night 12 of the league phase, with Clayton taking on Wright in a crucial encounter in the Play-Off race.

Wade will face Van Gerwen in the other quarter-final, while Price will face Cullen and Smith will face Anderson.