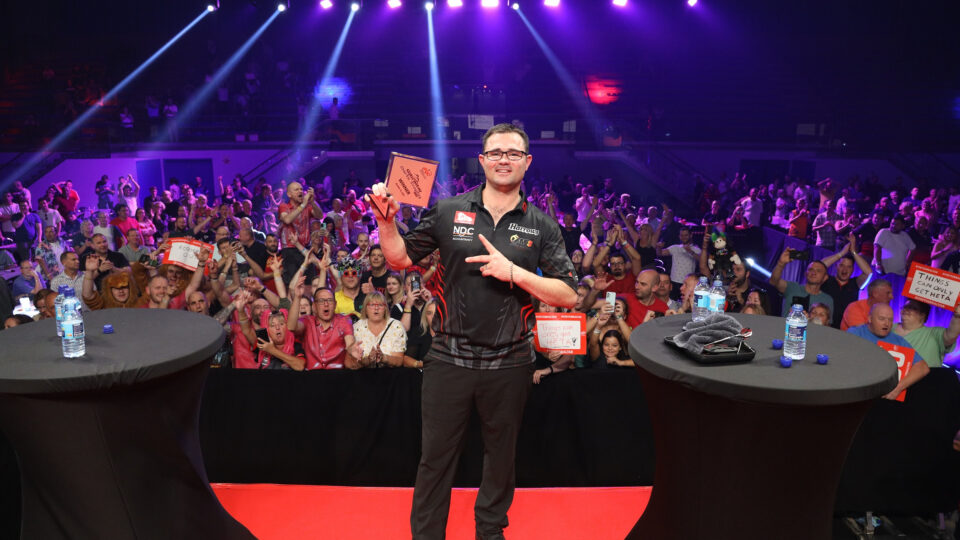 Damon Heta won his maiden European Tour title with an 8-7 victory against Peter Wright in the Gibraltar Darts Trophy final on Sunday.

World Champion Wright threw several fantastic darts to gain a 3-0 lead, only for Heta to come back with a 167 finish to take a 7-5 lead.

Wright took the following two to force a sudden-death leg, but despite being the first to a finish, he missed six championship darts in three visits.

Heta had missed four darts in two visits as the pair looked for the winning blow before nailing double four to seal the title.

“I’m absolutely stoked,” said Heta. “To get one European Tour title under my belt so early in my career, it’s unexpectedly expected.

“My weekend’s been up and down – I haven’t had a steady game all weekend and to come away with my first European Tour win I’m really happy.

“Peter had his chances, just like I did, and the crowd deserved a last-leg decider. To happen like it did, I don’t know what to say!”

Wright’s run to the final was an impressive response to last weekend’s semi-final loss to Van Gerwen in the BoyleSports World Grand Prix.

“It was his day today. He gave me chances to get back into the match, he was blowing me away and he took his foot off the pedal.

“He’s been pushing and pushing but he gets horrible draws and keeps running into the top players.

“He’s left home and come over here but now you watch him. He’s proven to the world – he beat Michael van Gerwen and me and he can beat anybody in the world, he’s brilliant.”