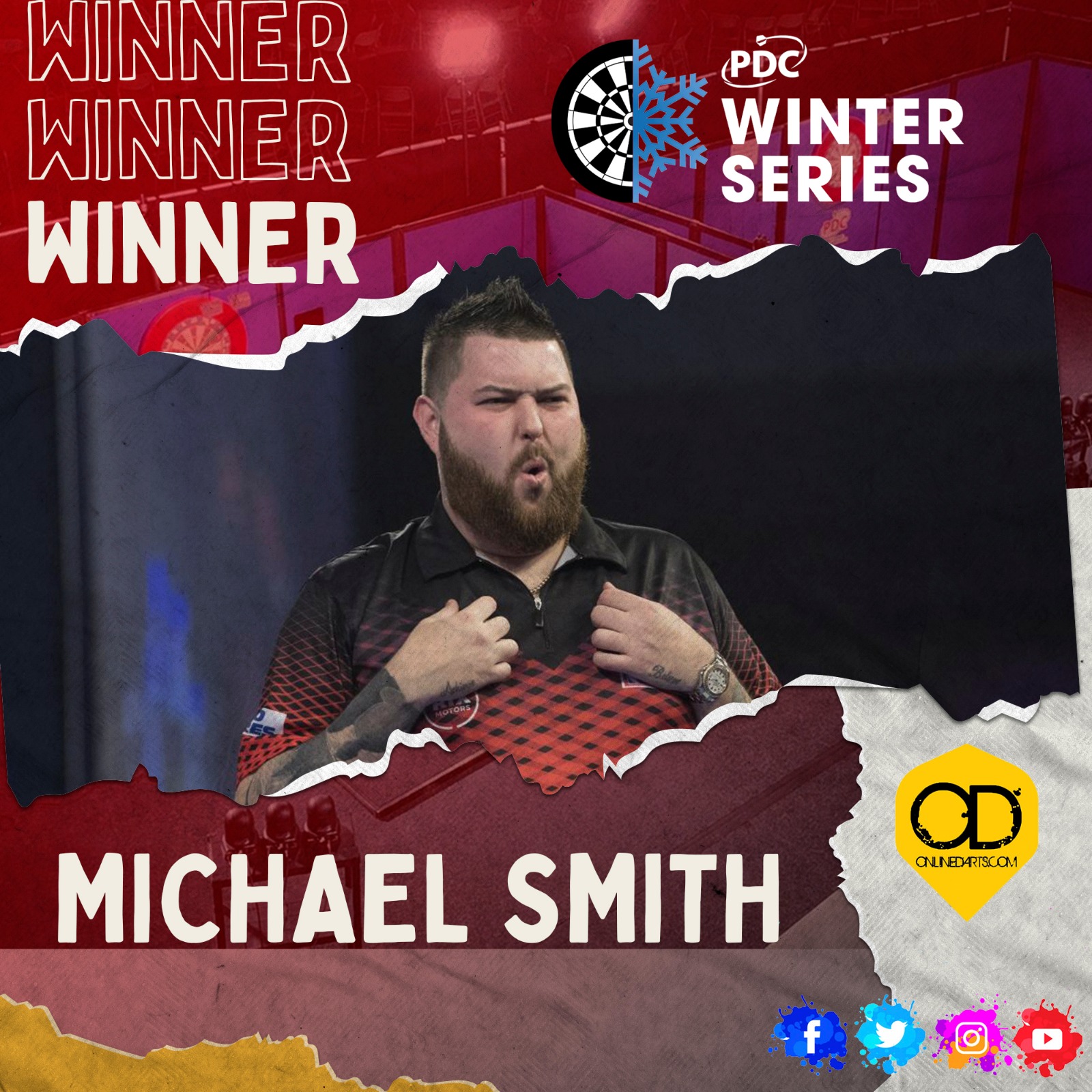 After winning yesterday’s event, he faced the man he beat in the semi finals 24 hours ago in Jose De Sousa, winning a classic final 8-7 at the Ricoh Arena in Coventry.

It means that Bully Boy has now won 12 PDC titles, and is still undefeated at the event. He’s also now stormed clear at the top of the event’s Order of Merit.

After winning his first title in over two years yesterday, Smith look determined to continue that winning streak on day two of the Winter Series. He won 6-3 and 6-1 against Derk Telnekes and Matthew Dennant to set up a board final against Damon Heta. There, the two played an outstanding game in which both averaged over 105. However, it would be Smith who would win the board, coming through 6-3.

This seemed to give the Bully Boy even more of a spark. After winning 6-2 against Dirk van Duijvenbode, he faced Gabriel Clemens in the last eight. Clemens had averaged 112 twice during the day, with his lowest average being 105.9 prior to the meeting with Smith. However, the German Giant was powerless to stop Smith’s scoring, as the Bully Boy hit a 109.9 average in a 6-1 demolition of Clemens.

A routine 7-3 win over Vincent van der Voort in the semi final set up a meeting with De Sousa, who Smith had conquered yesterday to reach the final. Like yesterday, The Special One started brightly, winning three legs in 35 darts to take a 4-1 lead, echoing his stunning performance against Joe Cullen in the semi final in which he averaged 110.5.

However, De Sousa missed three darts to win the sixth leg, and then bust his score, allowing Bully Boy to hit the 65 he needed to hold throw and trail 4-2. De Sousa then lost his scoring power, and Smith took advantage, reeling off three straight legs to go ahead in the contest at 5-4.

De Sousa would not relent though, and went back ahead 6-5, only for Smith to win two straight legs himself and go ahead 7-6. The Special one would level at 7-7, meaning a last leg decider in one of the best finals of recent memory. There, De Sousa missed tops for a 120 and his fourth PDC title, and Smith sealed the deal on his favourite double 10 to win a classic 8-7 and secure his 12th PDC title.

Joe Cullen and Vincent van der Voort made the semi finals on day two of the PDC Winter Series. For Van der Voort, it represents a solid start to the event, having made the quarter finals yesterday. He is now just over £1,000 behind Jermaine Wattimena in the race to take a Grand Slam of Darts spot on the Order of Merit. Cullen does not have to worry about this, having already qualified thanks to his Euro Tour win last month.

Brendan Dolan made the last eight of the event, and he is now level with Van der Voort in the race to try and catch Jermaine Wattimena.

Jeffrey De Zwaan’s run to the quarter finals saw him secure his place in the Players Championship Finals. He now has over £10,000 on the Order of Merit, which will be enough to secure a place in Coventry.

Ryan Meikle also made the quarter finals to move back into the qualification spots, while Darius Labanauskas’ last eight run sees him just £250 outside the top 64.

Elsewhere, we had two nine darts during the day. Andy Hamilton hit one in his first round win over Christian Bunse, while Rowby-John Rodriguez hit one minutes later in his second round victory over Boris Krcmar.

Finally, a number of big names made first round exits today. These included:

Gerwyn Price received a bye into round two, as Gary Anderson withdrew with a knee injury.