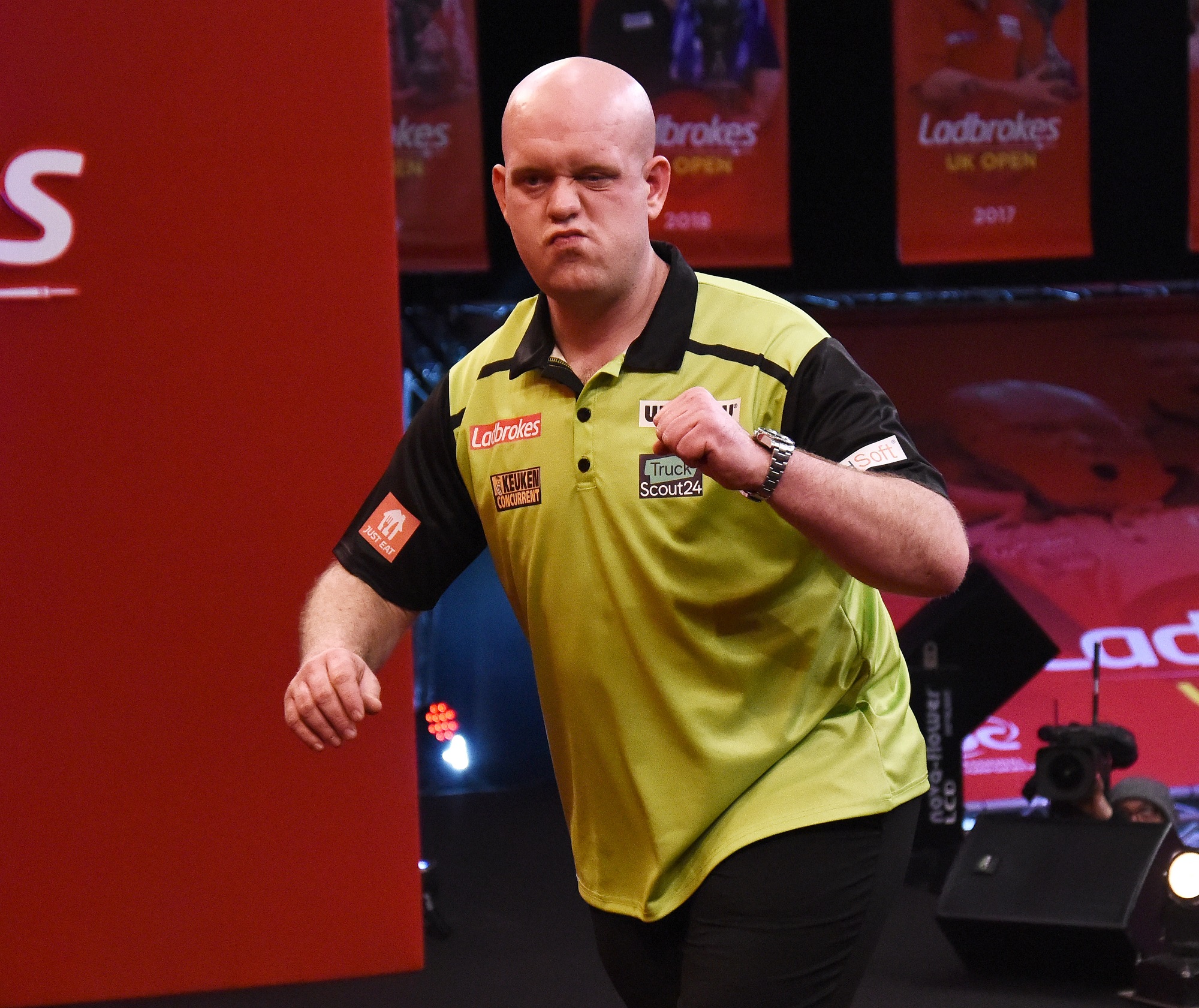 Michael Van Gerwen and Gerwyn Price came through day two to book places in to the last eight of the UK Open.

Gerwyn Price defeated Chris Dobey 10-5 on the main stage, before MVG the reigning UK Open Champion beat The Special One 10-9.

Defending champion into the quarter finals

Michael van Gerwen won a last leg decider against Jose de Sousa to book a tie with Krzysztof Ratajski in the quarter finals.

The current world number two struggled to get away from de Sousa. MvG didn’t give up the lead after going into the first break 3-2. They was all level at second interval before MvG reeled off three straight legs lead at 8-5 before Jose reeled off three himself to level things again.

They both held throw taking this one into a last leg decider. The Dutchman had the throw in this one and took control of this leg. Visits of 137, 140 early on put in total control. Van Gerwen missed a dart at the bull to win this with the big fish however, he was able to come back and clean up 35 in two to win this in 14 darts. He’ll meet Krzysztof Ratajski.

Gerwyn Price faced Chris Dobey in the penultimate game on the main stage. It was  comfortable from the off for Price who led 4-1 going into the first break.

Price continued this form into the second session winning with the same score line to go just two away from booking his place in the last eight. However, in leg seven. Dobey missed “double 12” for the nine dart perfect leg,

With finishing line in sight The Iceman missed seven match darts and Hollywood capitalised to get a total of five legs on the board. However, the current world champion finished this in style, with a 129 finish on the bull. On his birthday, Price will meet Devon Petersen in the quarter finals.

What else happened on day two of the UK Open?

On a very busy day two of the UK Open, Krzysztof Ratajski looked inspired on the main stage; to beat the recently crowned 2021 Masters champion Jonny Clayton 10-3. The Polish Eagle was averaging 110 for much of this encounter, and The Ferret was unable to find the form he has shown so far in 2021. Ratajski finished this game with an average of 103.52.

Also on the main stage, Dave Chisnall continue his impressive form with a comeback win against Alan Soutar. Soutar took an early 3-0 lead in this one before Chizzy came back with five legs of his own. The Scot then clawed this back and found himself 8-6 in front, but Chisnall then continued his impressive form of the weekend to reel off four consecutive legs to come through an enjoyable tie.

On board two, Simon Whitlock missed a dart at double 18 for a perfect leg, in a game where he came from behind to beat Brendan Dolan in a last leg shootout, while James Wade defeated Gabriel Clemens with a 100 average to win 10-5. In the other games on board two, Devon Petersen and Luke Humphries recorded 10-4 wins against Peter Jacques and Martijn Kleermaker respectively.

The UK Open will be live on ITV in the UK. You can also watch it outside the UK via the PDC’s broadcast partners, such as RTL or DAZN.

We’ll have a live blog for you every session of the tournament, so you don’t miss a moment even if you cannot watch live.

We also produce the UK Open Daily podcast. This round up show will feature reaction, news and debate from Friday and Saturday of the event. It will be available across all good podcast channels the morning after each day’s play.

Follow all the drama of the UK Open with us here at Online Darts.