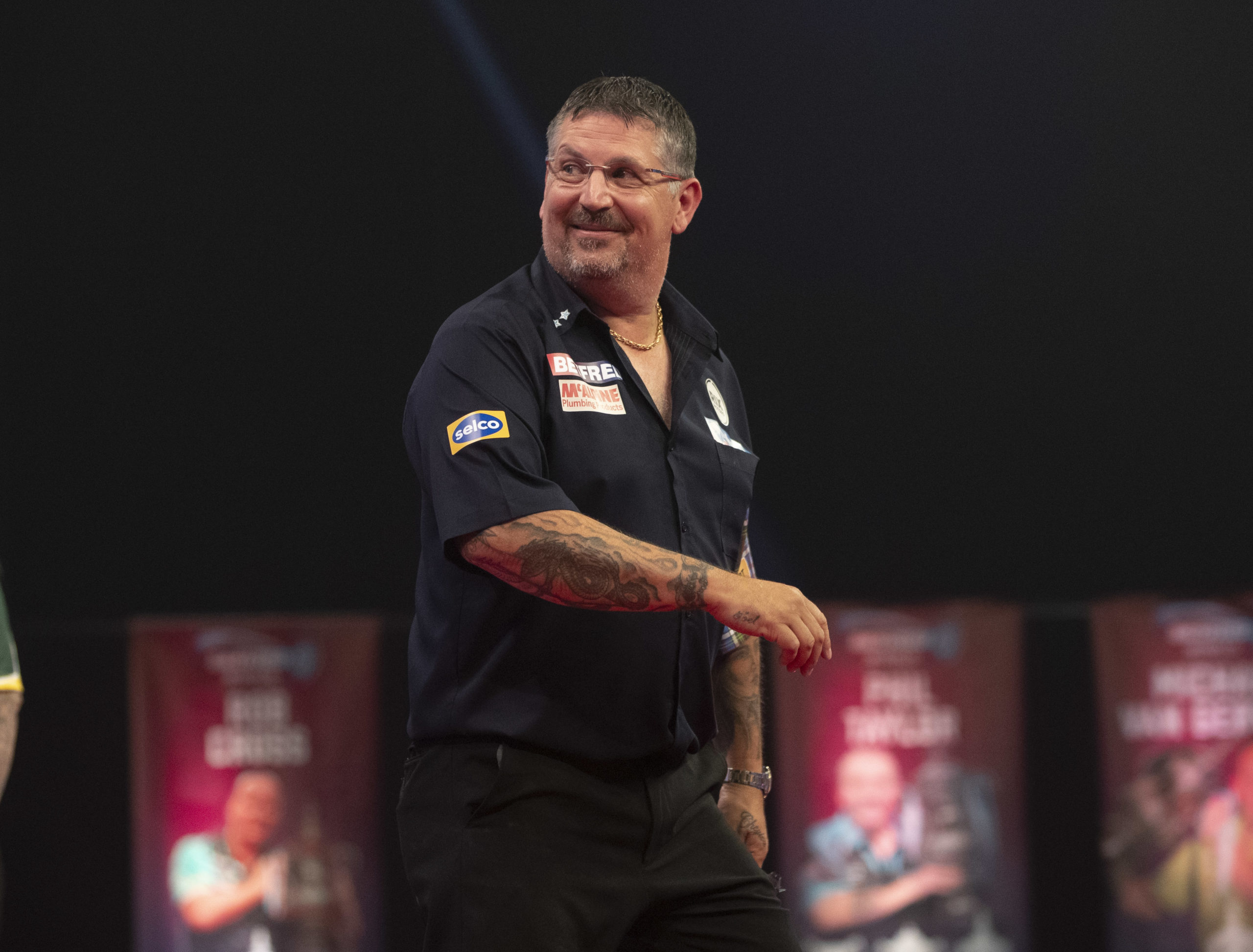 Night 15 of the Unibet Premier League could see a number of clinching scenarios.

After last night continued to bunch the field up, we are down to the remaining two nights to sort out the Premier League Play-Off places, and who will finish where.

Durrant and Anderson battle it out for top

Glen Durrant’s draw against Michael van Gerwen last night in Milton Keynes ensured that either Duzza or Gary Anderson will win the league phase, becoming just the third person to do so after van Gerwen and Phil Taylor.

Durrant is two points clear at the top, and could secure the £25,000 league leader’s bonus this evening. If he wins against Peter Wright, and Gary Anderson does not win against MvG, Durrant will be guaranteed top spot in the 2020 Premier League. Additionally, if both players win, but Durrant wins by three legs better than Anderson, he will also be guaranteed the league leader’s bonus.

For Anderson though, tonight is also crucial. He needs a point from his remaining two games to guarantee a spot at The O2 on finals night. Additionally, if he does beat van Gerwen, he will guarantee himself at least second place, securing his best ever finish in this stage of the Premier League.

Peter Wright can also book his place in London on Thursday 22 October. He will get to finals night tonight if:

If all three of those things happen, the world champion will be in the Premier League Play-Offs.

Nathan Aspinall can also clinch a Play-Off spot tonight. To do this, he needs to beat Daryl Gurney by a minimum scoreline of 8-4, and hope Michael van Gerwen loses to Gary Anderson by the same scoreline or worse. The Asp will also need to hope that Gerwyn Price loses to Michael Smith.

Michael van Gerwen is fifth, but he can also book a place at The O2 this evening. To start with, he must beat Anderson by a minimum scoreline of 8-1, and then hope Aspinall loses to Gurney by the same scoreline or worse. MvG will also be counting on Smith to beat Price.

Gerwyn Price is sixth, and can go into the top four tonight, if he wins against Michael Smith and both Nathan Aspinall and Michael van Gerwen. However, he faces seventh place Michael Smith, who knows he all but has to win to keep his faint Play-Off hopes alive. If Wright draws or wins, and either Aspinall or van Gerwen are victorious, Smith will be out of the top four race before he takes to the stage against Price.

For Daryl Gurney, he knows he will be resigned to eighth place tonight if he loses to Nathan Aspinall. He is already mathematically eliminated from the 2020 Premier League Play-Off race.

You’ll be able to see if any of these clinching scenarios in the Premier League happen tonight from 19.00 BST. The action is live on Sky Sports, and via the PDC’s broadcast partners.