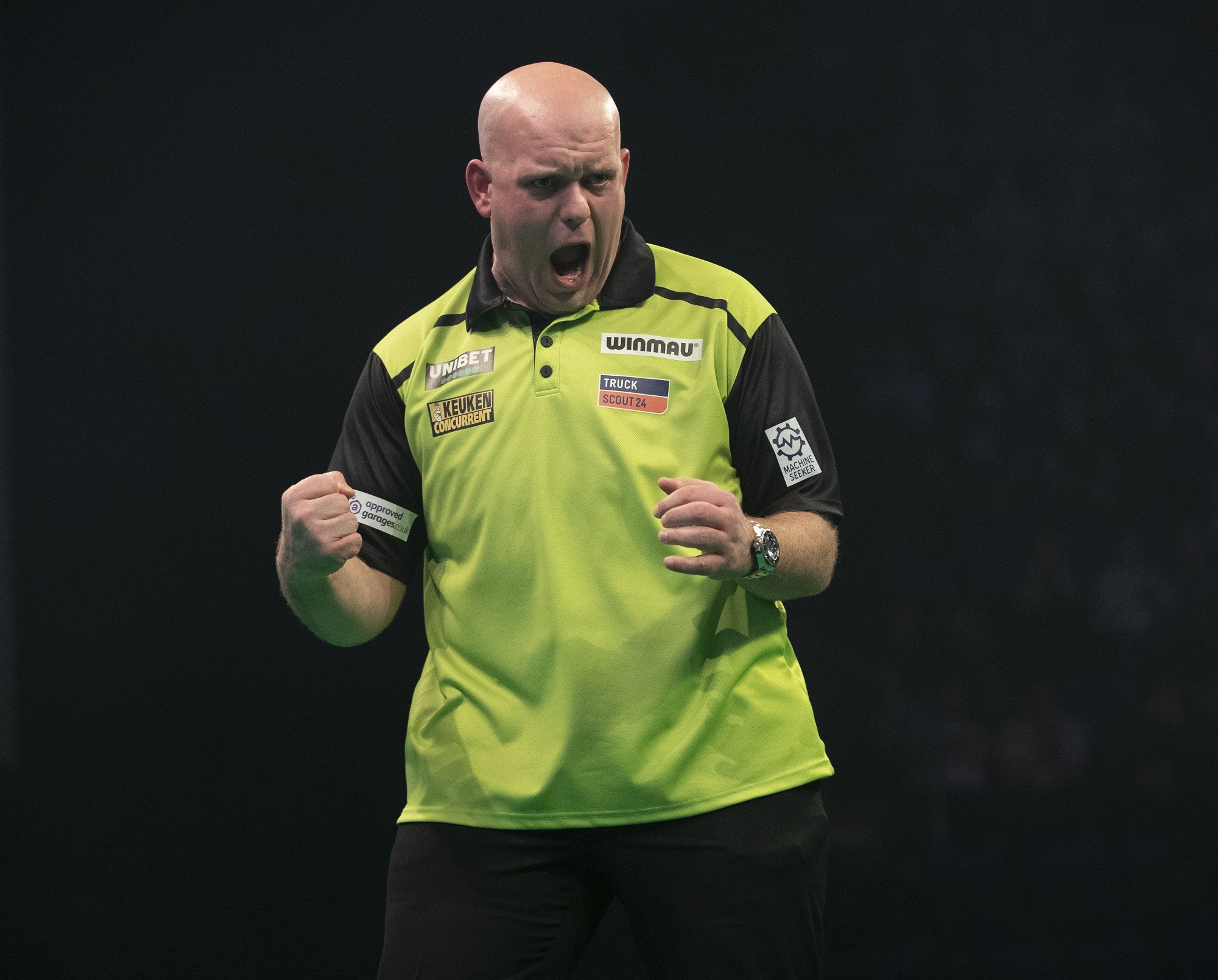 How it all happened on day three of the PDC Summer Series.

After losing in the third round yesterday, the world number one looked back to his best today. He came from 2-0 down to win 8-3 against the Portuguese player in the final.

The other main developments on day three saw:

After Maik Kuivenhoven beat him 6-5 on day two, the world number one was hungry to win another Pro Tour title today in Summer Series Day Three.

He hardly broke sweat to make the quarter finals, beating:

This set up a quarter final against Chris Dobey, who was looking to keep in the race to qualify for next week’s World Matchplay. What followed was a fantastic game between the pair.

After two excellent 100+ checkouts, it seemed the game was van Gerwen’s. However, Dobey came back with a 129 finish on the bullseye, followed by another break to get it back to 4-4.

Dobey then missed D18 to take the match into a sudden death leg, leaving MvG to clean up 70 to win 6-4. Both players averaged 106.

This gave the Green Machine even more confidence, as he cruised into the final with a 7-4 victory over Smith. He went 2-0 down, but won 8 out of 9 legs to see off De Sousa and take his second title of the week.

Speaking to Online Darts after his victory: MvG said: “I can’t really complain. It’s a good result, it’s what I come for, that’s why I wake up, that’s why I prepare. I think I played quite well.”

Before the final, it looked like Jose De Sousa was the man to beat in Milton Keynes, averaging over 100 in all but one of his games beforehand.

The Portuguese player started off with a 109.3 average in a 6-1 victory over Adam Hunt. He followed this up with a 6-2 win against Aaron Beeney, who himself won his first ever Pro Tour game today.

That set De Sousa up against Danny Noppert in his board final, in what could also be considered the game of the tournament. 27 140+ scores were hit between the pair, with De Sousa eventually winning 6-4. He averaged 107.4, while Noppert averaged an astonishing 109.3.

This gave De Sousa even more confidence, as he made the final by beating:

The Portuguese ace went 2-0 up in the final, but missed a dart at D20 to take a 3-0 lead. Van Gerwen took out D8 to get his first leg on the board, and didn’t look back.

Daryl Gurney made a semi final today after a last 32 appearance yesterday, and going out in round 1 on Wednesday. Jeff Smith also kept his faint hopes of a debut World Matchplay appearance alive with a semi final spot today.

Chris Dobey and Stephen Bunting also are in the race for a Matchplay spot as they made the quarter finals. Dobey will  probably need to win one of the two remaining events, while Bunting kept the pressure on the top 16.

Ryan Searle and Ricky Evans both made it to the last 32. This means Searle is still the closest challenger to a Matchplay qualifying spot, and remains £500 behind Evans.

After a poor first two days, Dimitri Van den Bergh made the last 16 today. This helped him firm up his spot for next week’s tournament, although he still has work to do to secure it.

In the seedings race for Blackpool, both Simon Whitlock and Glen Durrant were beaten in the first round. This means they remain 15 and 16 respectively, with just £250 separating the pair.

Adrian Lewis also lost in the first round, but Krzysztof Ratajski couldn’t jump Jackpot into the 13th seed spot as he lost in round two.

Away from the Matchplay qualification race, Ryan Murray made the last 16 at a Pro Tour event for the first time. Also, Aaron Beeney beat Scott Mitchell 6-5 in round 1 to secure his first ever win on the Pro Tour.

How can I follow the rest of the Summer Series?

We’ll have the rest of the Summer Series covered at Online Darts.

There will be a live blog from 11.30am tomorrow giving you results and ranking changes as they happen.