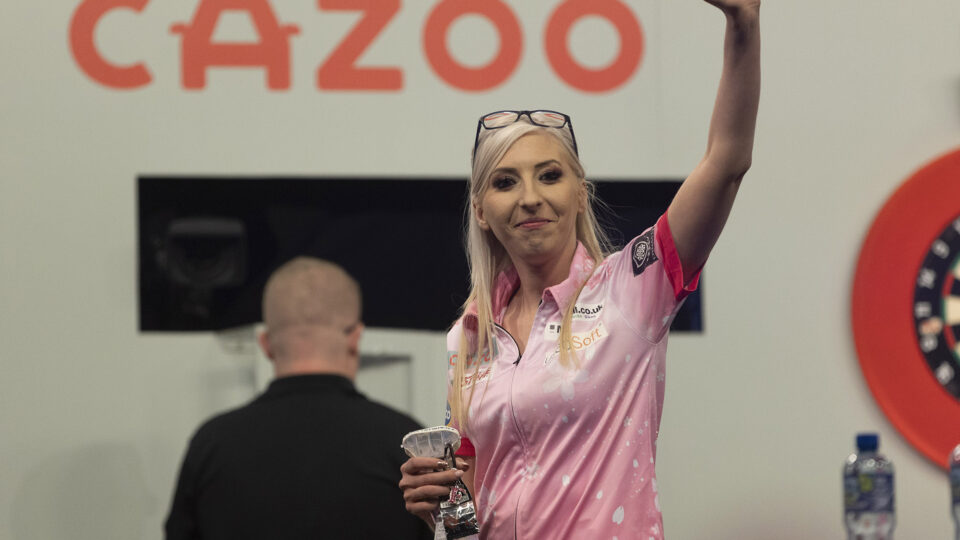 Tonight we will see the final group games of this year’s Grand Slam of Darts. Last night we saw the youth shine when Groups A-D were completed. The attention tonight turns to Groups E-H, with Michael Smith the only player in tonight’s field to already qualify for the Last 16 of the 2021 Grand Slam of Darts.

Here’s what we’ve got coming up this evening in Wolverhampton.

In the other game in this Group, Fallon Sherrock will take on Gabriel Clemens with both players fighting for a place in the round of 16. Clemens has got two wins out of two, but a Peter Wright win and a defeat of 5-3 or less to Fallon could mean The German Giant still misses out.

Fallon Sherrock, who was a record breaker on Sunday night, will be looking to continue that form and make it into the knockout stages.

Gabriel Clemens will guarantee qualification with a win over Fallon Sherrock or a 5-4 defeat. He will also qualify if Mike De Decker beats Peter Wright.

Jose de Sousa is currently in prime position for a place in the last 16 and he takes on Luke Humphries on Tuesday Night. Jose will be looking to continue his good form and after winning his first two games, however he knows just a few legs will secure his place in Thursdays last 16.

There is so many possibilities in this group and Luke Humphries knows even a win might not be enough unless it’s of the score of 5-2 or better.

This game will be followed by Matt Campbell who is currently pointless going into his final game, taking on Mensur Suljovic, who will know when he gets on the stage what is required for qualification. Matt Campbell may still have a chance of qualification but that will depend on the first game in this group.

Jose de Sousa will guarantee qualification with a win against Luke Humphries or if he gets at least 3 legs. He will also qualify if he loses and Mensur Suljovic doesn’t win.

Mensur Suljovic qualification will depend on what happens in the first game in this group. He knows he will qualify if he can equal or betters the scoreline of Luke Humphries.

Luke Humphries will qualify if he can beat Jose de Sousa 5-2 or better. He can also qualify if he betters the scoreline of Mensur Suljovic by more than one leg.

Lisa Ashton’s campaign hasn’t gone as planned and will need a perfect performance to keep her hopes alive when she takes on Joe Cullen. Lisa lost to John Henderson 5-2 on Sunday after coming up against and MvG masterclass on Saturday. Joe knows a win should be enough for qualification.

Also in Group G, record breaking MvG will take on John Henderson knowing that he only needs to win one leg to confirm qualification. With Joe Cullen on his heels, Michael will want to make sure he gets the win and confirms his place on the top of the group and picking up the £3,500 bonus.

Lisa Ashton will qualify if she defeats Joe Cullen 5-0 and John Henderson loses 5-3 or better to MvG.

With the talk of this being The Group of Death, we have one game with all to play for and one with little on it. The final group game of this year’s tournament will see, Raymond van Barneveld take on Gary Anderson with the winner qualifying for the knockout stages.

The first game will have a completely different feel to it, with Joe Davis already eliminated taking on Michael Smith who knows he will already be in the Last 16 but a win tonight will confirm the top spot.

Michael Smith has qualified and can guarantee first place with a win against Joe Davis.