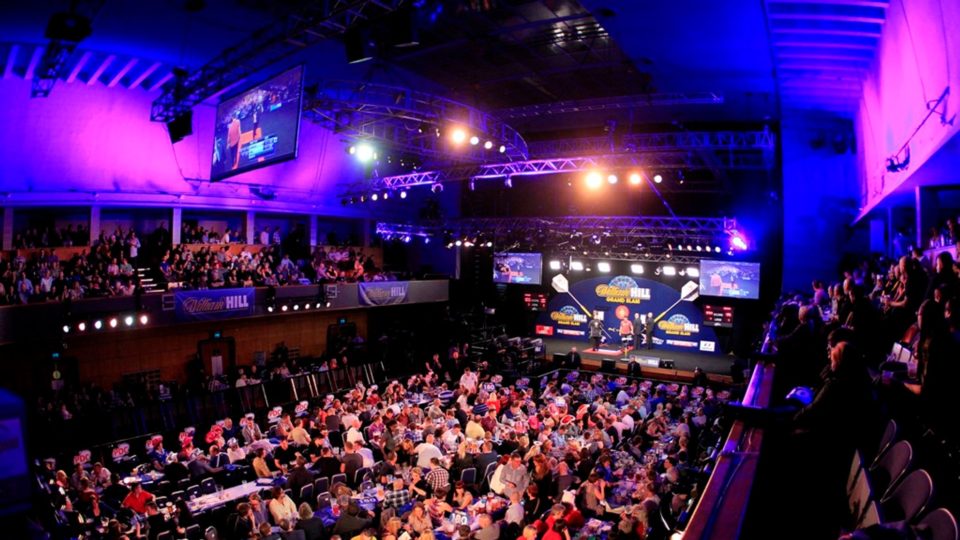 The Grand Slam of Darts is a weird event, especially when you look at back the history of it.

Originally an exhibition tournament when first introduced in 2007, it gave the opportunity for fans to see the best of the PDC and BDO compete against each other. It was the first time that the two rival organisations had regularly done so.

Now, with the BDO dead, the tournament changed to become a ranking title, with the prize money counting towards a player’s Order of Merit. In addition, with the qualifying criteria changing every year, some huge names will miss out on their opportunity at pocketing £125,000.

Still, despite its flaws, this tournament still means a lot to those involved. As well as the £125,000 first prize, and winning the Eric Bristow Trophy, it’s the last week long event of the year before the World Darts Championship. The players will be looking to leave down a marker ahead of the biggest tournament of them all.

“It’s arguably the toughest event to be victorious in”

The uniqueness of this event is the group stage element of it. Playing a short sprint to try and win five legs gives the non PDC tour card holders in the draw a huge chance. It also means that there is little margin for error for the established names.

A potential second round and quarter final are spread across three days, allowing the player a day to rest. However, the final Sunday is nothing short of brutal. An afternoon semi final, followed by an evening final, both best of 31 legs, meaning you have to win 16 of them to take the match. Particularly if you’ve come through a quarter final on the Saturday night, it’s arguably the toughest event to be victorious in.

Whoever is victorious though, will have an advantage over their rivals for the Worlds. They’ll have played three best of 31 games in three or four days, with two of them in one day. It will give them confidence that if a game does go long at Ally Pally, they will not have to worry. That’s why the Grand Slam of Darts is high up on the list for the players to win. It can do so much for their chances of winning the Sid Waddell Trophy on Monday 3 January 2022.

After playing behind closed doors in Coventry in 2020, the Grand Slam of Darts returns to its spiritual home city of Wolverhampton. With the Civic Hall still out of action, the Aldersley Leisure Village will once again host it.

This will give the world number one Gerwyn Price much confidence. He’s only ever been defeated once on the Aldersley stage, in the 2018 group stages. The Iceman won this event that year, and in 2019, but he’s still yet to win a TV title since becoming World Champion. Could this be the tournament he does get over the line, in one of his favourite venues?

Then there’s Peter Wright and Michael van Gerwen, who will be wanting to win this event for the first and fourth time respectively. There’s also Jonny Clayton, who’s already won four TV events this year, and been declared the best player in the world in some circles.

Let’s also not forget Jose De Sousa, the player who took the title last year, and James Wade, who was victorious at the UK Open back in March. All of them are more than capable of having a great week and emerging as the winner.

Then there are those who want to play spoiler. After replacing Dimitri Van den Bergh tested positive for COVID-19, Chris Dobey will now be looking to win his first TV event, following winning two Pro Tour titles this year. What about Fallon Sherrock and Lisa Ashton, who will be looking to continue their excellent form from the Women’s Series?

Then, of course, there’s Raymond van Barneveld, the 2012 winner of this competition. He’s won a Pro Tour title in his first year back, but can he win his first PDC TV ranking event in nearly 15 years?

The Grand Slam of Darts throws up all kinds of surprises. It always does. The big question is, will it be a surprise winner who take the spoils next Sunday?

In a year where no one has dominated, the only certainty, is that nothing is certain.