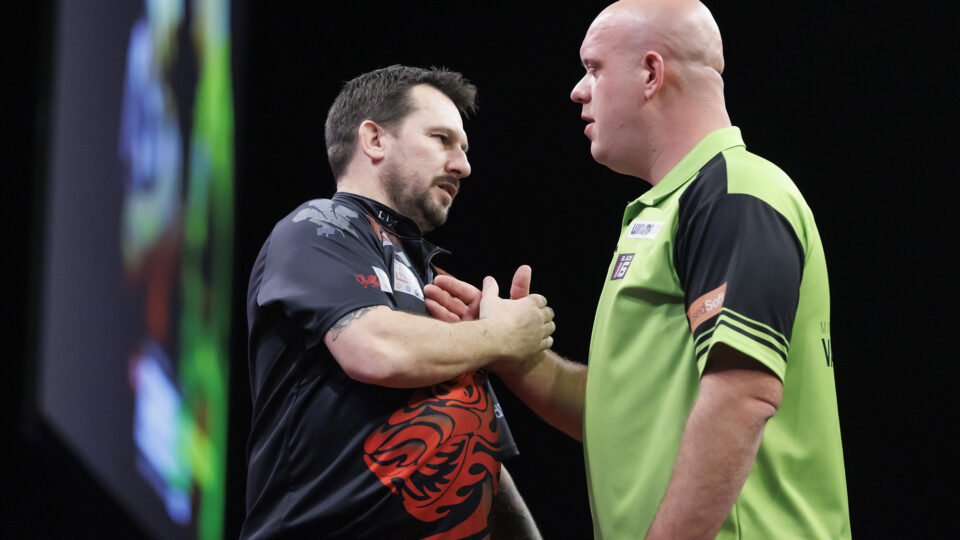 Clayton slams the whistlers in the crowd that mard night 11 in the Premier League.

Jonny Clayton won the latest night of Premier League Darts action in Aberdeen, but he, like many others, was left with a bad taste in his mouth due to the crowd whistling.

Clayton slammed it as ‘ridiculous’ after the final, saying that individuals who do it to him don’t simply affect those throwing but also the player waiting.

The Ferret would go on to condemn the crowd in his post-final media with us in Aberdeen.

“When it’s all the same boo and it’s the same kind of tone, it’s a bit of banter but in the end, it was terrible. The whistling was against myself when I was throwing for double but sometimes when they do it against the player, I’ll shut them up,”

“But it affects the guy behind because Michael is trying to beat me but in his head, he’s probably thinking guys just be quiet because this guy is trying to throw darts.

“They pay silly money, don’t they want to watch the best darts possible. I just don’t understand it. The whistling is ridiculous at the end.”