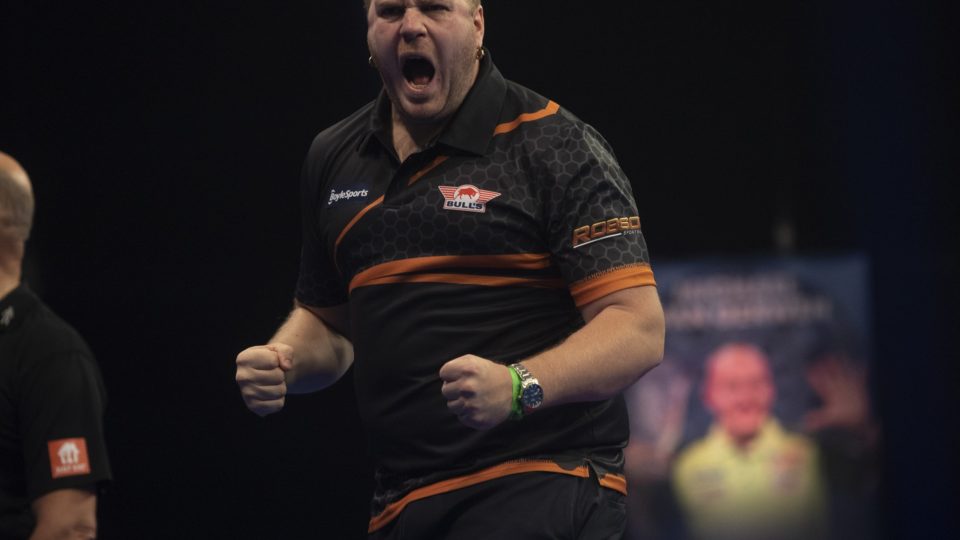 Dirk Van Duijvenbode has set out his targets for 2021, as he goes into this year ranked World number 32.

“The first goal is to qualify for the Matchplay, but it’s not easy.”

“You have to be realistic. I’m trying to top the performances of 2020, but you can’t take it for granted that you will make four quarter finals every year.”

“I think there are only a few players who always do that. The top four players and I am not a top 4 player.”

“I have the game (to become a top four player). I’m not showing that at the moment on stage. I do it very rarely, I think the game I played against Adam Hunt (at the World Championship). That’s starting to get to the level I do in practice.”

After climbing up the rankings last year, Dirk is currently the 6th highest ranked Dutch player, and discussed his thoughts on a potential place in the Holland World Cup team in the future.

“Yes you think about. I don’t want it to be a big goal because I think it distracts players. What I’ve seen is they feel extra pressure for playing in the World Cup, so why would I be busy with that”

“I think that’s a bonus thing and I’m just playing to be the best I can and If that’s being number two in Holland, that’s good. I think it’s a realistic goal to play in 2023.”

The Aubergenius had an impressive 2020. After winning his tour card for a third time at the start of 2020, he went from strength to strength reaching 4 TV quarter finals, including his first major final at the World Grand Prix.

“I set a goal, I want to be  top 32 in three years when I won my tour card back. Now I did it one year, I think it’s a very good performance”

You can check out the full interview with Dirk Van Duijvenbode below:

2021 Ladbrokes Masters will be live on ITV in the UK. You can also watch it outside the UK via the PDC’s broadcast partners, such as RTL or DAZN.

We’ll have you covered here at Online Darts, we’ll have a live blog for you every session of the tournament, so you don’t miss a moment even if you can’t watch live.

We also produce Masters Daily. This round up show will feature reaction, news and debate from every day of the event. It will be available across all good podcast channels the morning after each day’s play.

In addition, we have our new show The Walk On. The Walk On will include, all the talking points from Stadium MK, session previews, fans interaction, plus much more.

Follow all the drama of the The Ladbrokes Masters with us here at Online Darts.