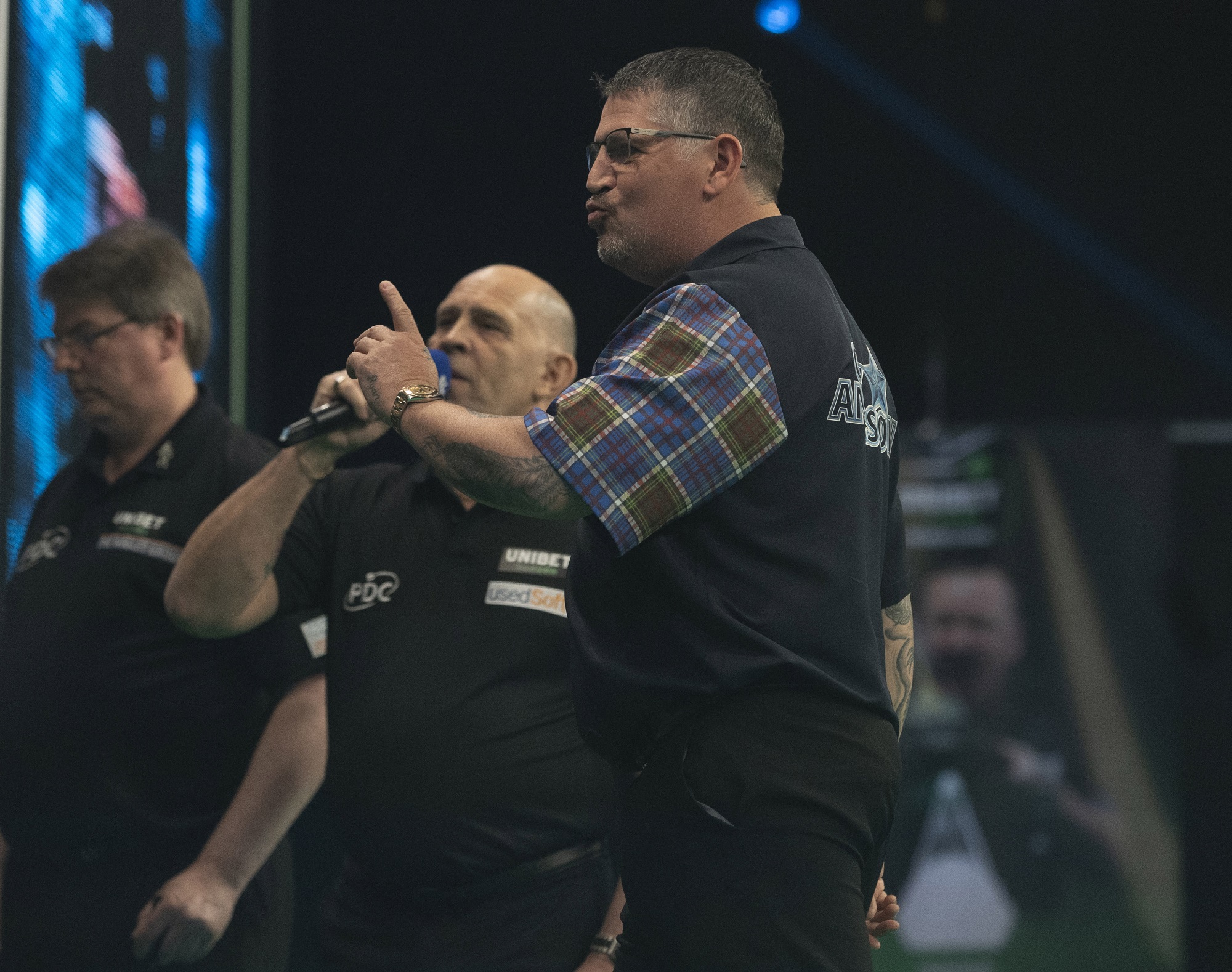 The PDC 2021 Premier League returns this Wednesday for three nights at Milton Keynes. The Two-time winner Gary Anderson only just survived elimination during the first stage of the event, and talking to The Darts Show podcast admits he’s miles off where he should be.

The league table is looking the closest a Premier League table has been in a very long time. As bad as Anderson has been during the first nine-night, the Flying Scotsman could still make an assault on the top four.

“As where my game stands, absolutely rotten. That’s the only way I can say my game is going right now. There’s some good little spells followed by a longer spell of pure rubbish. But it’s getting there,”

“To be honest, I think I’m miles off. It’s just getting myself doing the same thing over and over. So I’m kind of fighting myself as well.”

“I think get straight back into it and get a few wins from the word go, that’d make a difference. It’s so tight now, a couple of boys lose a couple of games then they’d be sitting at the bottom of the table.”

“I started off well the first two days fine then after that, I think it’s just being locked in a hotel. Even going into the practice boards, we’re not allowed to do that. I can manage two days and then I start wandering.”

Anderson will face Jose De Sosua on Wednesday night and Anderson will need to take something from the match. A defeat could spell the end of the Flying Scotsman’s chances of making the final.