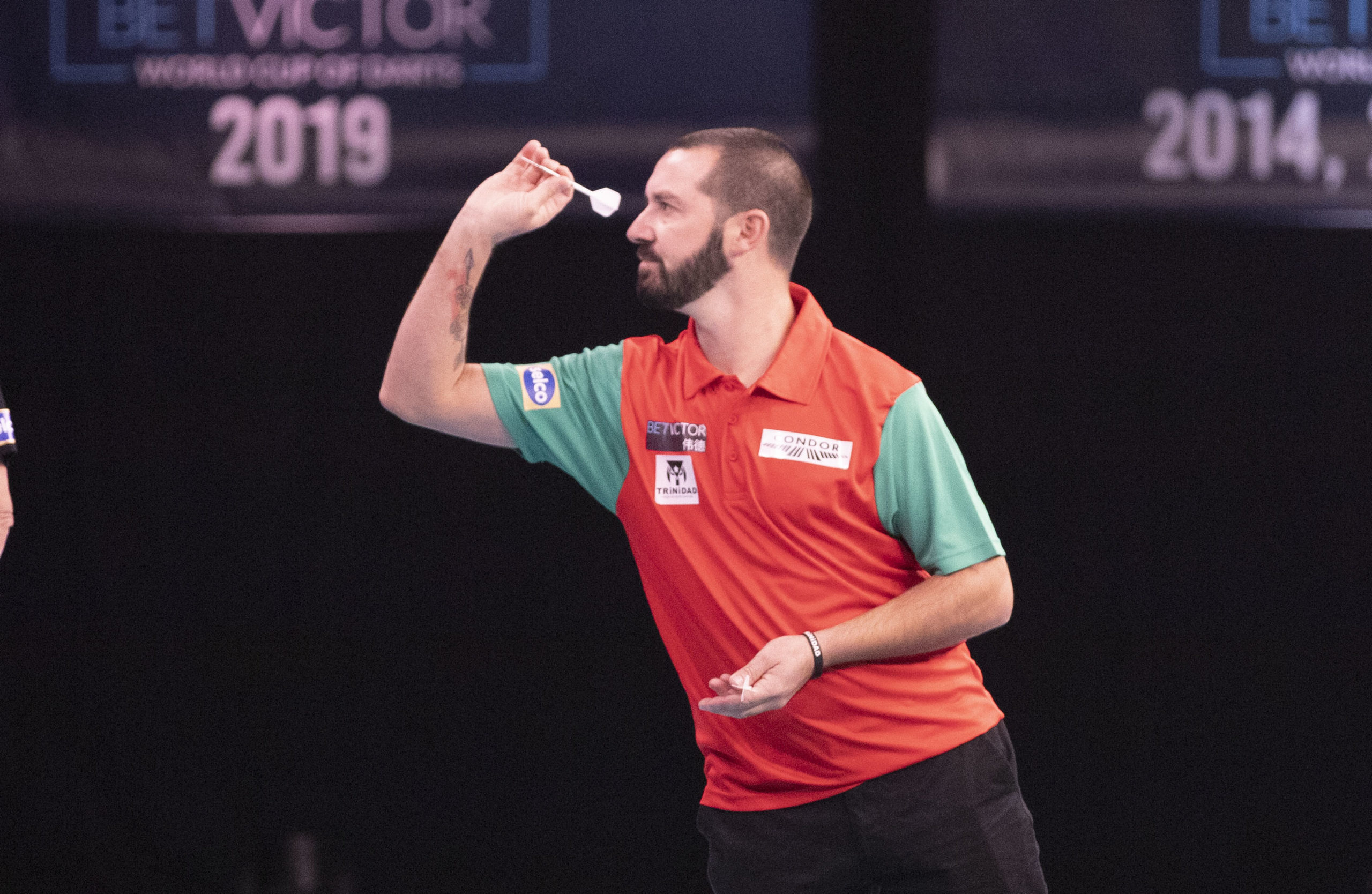 Jose Marques became the first player since 2016 to hit a nine dart leg at PDC Q-School on day one of Stage One 1B.

The Portuguese player, who partnered with Jose De Sousa at the 2020 World Cup of Darts, achieved the feat in his last 16 win against Rhys Davies. It’s the first time there’s been a perfect leg since DartConnect started scoring games at Q-School.

Marques then followed up his last 16 win by becoming the first player in the UK to make Final Stage from Stage 1B. He was joined by Darren Beveridge, Alan Soutar and Kevin Burness.

Elsewhere, day one of PDC Q-School Stage 1B in Europe saw:

Make the Final Stage in Germany.

Marques stars as Scots sail through

Jose Marques came through tough tests to win a place in Final Stage in Milton Keynes. A 6-5 win over Jason Askew though shook off the cobwebs.

In the last 16, he hit the nine darter in the second leg against Welshman Davies, going 180, 180, 141. The 6-1 victory saw the Portuguese player face beat Reece Colley in the last eight, winning 6-3 to win his space in Sunday’s action.

Darren Beveridge joined him soon after. The Scottish player dropped just 10 legs in his six games, including a 6-3 victory over Alan Norris in the last 16. Beveridge then beat Ben Cheeseman 6-2 in the last eight to earn his place.

Fellow Scot Alan Soutar also made it through to Final Stage. He lost just seven legs in Milton Keynes, with four of them in his victory over Martin Thomas in the last eight to win his spot.

The final player to win a place was Kevin Burness. The former Tour Card holder was 5-0 down in his last eight game to Lloyd Pennell, but fought back to win six straight legs and take a 6-5 victory.

Day one of stage 1B at PDC Q-School in the UK also saw:

All lose without picking up points.

View full results on day one of Stage 1B of PDC UK Q-School here.

Holland’s Jeffrey De Graaf became the first person on day one of European Q-School Stage 1B to move into Final Stage.

He came through former BDO World Champion Christian Kist in the last 32, before beating fellow countryman Danny Van Trijp 6-2 to secure his spot.

Zoran Lerchbacher was the next man to join him. A 101.3 average in his first game was the catalyst for his day, as he beat Robert Marijanovic in the last 16, before seeing off Arjan Konterman 6-3 in the last eight.

Rusty-Jake Rodriguez saw off Patrick Bulen 6-2, while the 2008 UK Open runner up Gary Mawson is also into the next stage. He beat Davyd Venken 6-1.

However, European Q-School saw big names such as:

All lose without picking up points.

View full results on day one of Stage 1B of PDC Europe Q-School here.