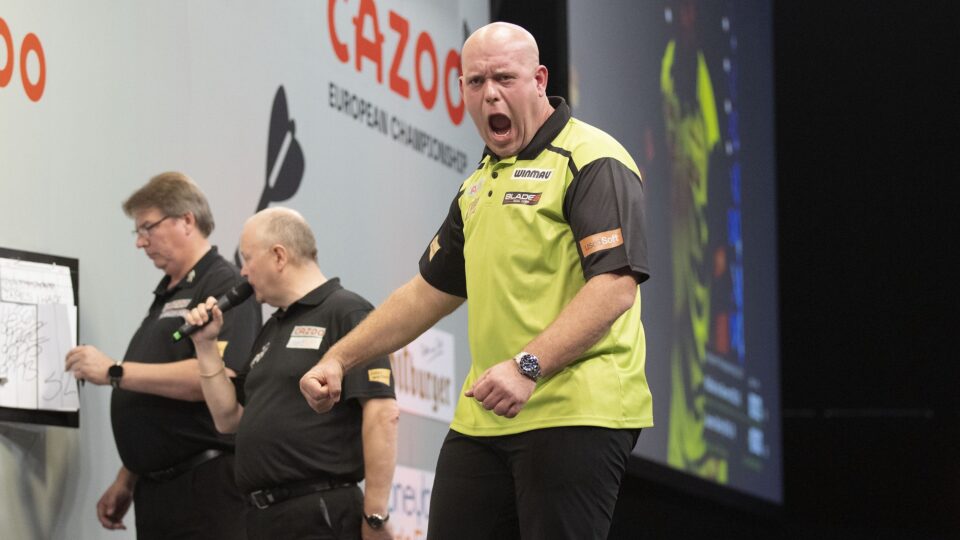 Michael van Gerwen they are still scared of me.

Van Gerwen moved into the last 8 of the Cazoo European Championships in Salzburg, the three-times champion of the world still believes the rest are scared of him. Speaking with us in Salzburg he tells how the rest of the players are just trying to score cheap points by saying they are not.

Earlier in the day, the world number one Gerywn Price had said that he felt that he was in Michael’s for the first time instead of the other way around.

The pair meet in the quarterfinals this afternoon, with many feeling the winner of this will go on and win the European Championships. This could be a key battle for the rest of the year, with the winner, having the upper hand over the other with many TV tournaments coming in a short space of time.

“He’s never been in my head ever and he’s never going to enter my head either. I’ve played so many games against him, I’ve won probably 80, 90% of them, the last time he beat me, he probably shouldn’t have beat me and he was nervous there so whatever he says, that’s just to make an act. If I play good, he’s not capable of beating me but I have to show it.”

“World Number One, World Champion, I don’t really care. I’ve still beaten him so many times and I think he needs to get over them first. I only believe in my own capability and performance.
He was also asked about if he wins titles and is back to his best if the fear factor will return and he believes that it’s still there.

“They’ve got the fear factor anyway. If you ask them all, they’ll say he’s not good at form but if you look deep inside their heart, they’re still scared of me.”