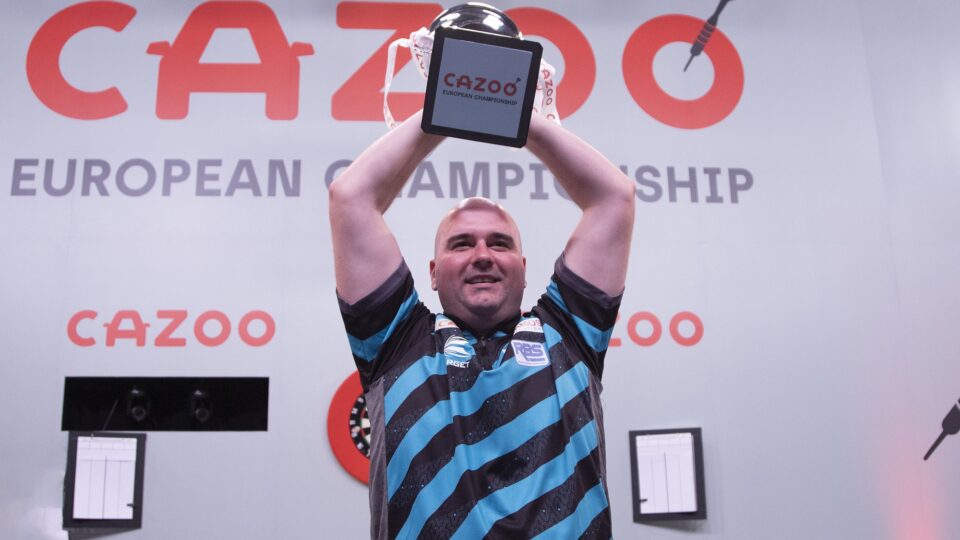 Voltage got the better of Jose de Sousa, Joe Cullen and Michael van Gerwen on the final day to get his hands back on the European Trophy.

Also on the final day we saw,

We had a repeat of the 2017 European Championship and this time Rob Cross got his revenge on Michael van Gerwen. 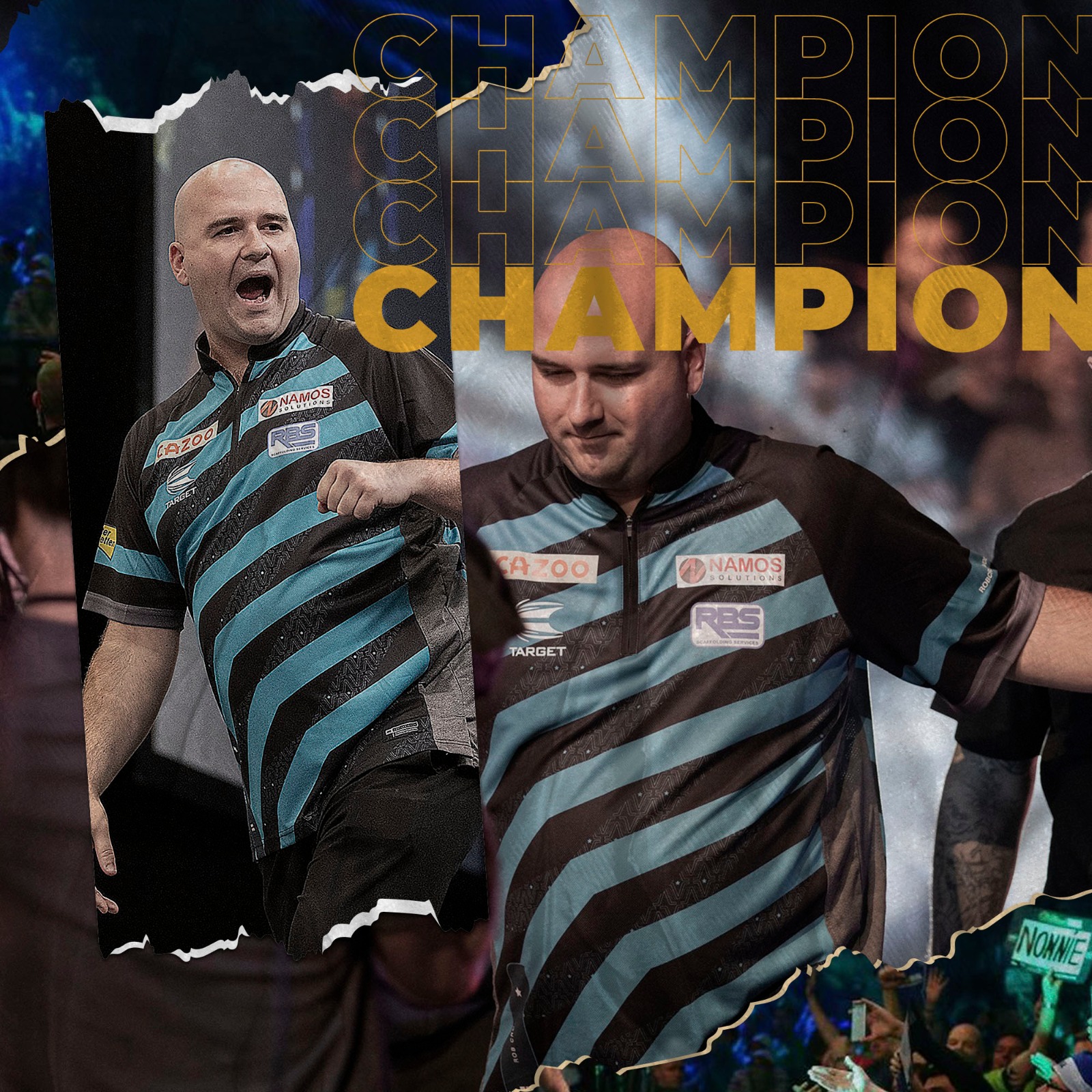 After four holds of throw and plenty of missed darts it was leg five when the final really started with a 123 check out on the bull for 3-2 lead and an early break.

MvG came back from the break with a big checkout of his own firing in a 138 to level before Cross breaks straight back and with the rest of the legs going with throw it meant Voltage had a 6-4 lead at the second interval.

Rob Cross won the next three legs and had a comfortable lead only needing two more to win but it wasn’t going to happen before we had another break as Michael Van Gerwen broke the Cross throw before holding to keep his hopes alive at 9-6.

The key leg came in the 17th. With MvG pulling it back to 9-7 the leg before he had four darts at a double in the leg to close the deficit to one and after he missed them Cross punished to move one away.

It was in the next leg Rob Cross got his first match dart, missing tops for a 11-7 win. Michael didn’t make the same mistake and closed the gap to two. A second match dart came in the next leg and Rob Cross hit double 12 to win the European Championship.

What a day for Cross

Rob Cross came into this weekend defending the ranking money from his 2019 European Championship win. He started the day with a convincing win against Jose de Sousa. Rob took full advantage of an underperforming Jose de Sousa to win 10-5 on Sunday Afternoon.

The convincing wins continued with an 11-3 over Joe Cullen in the semi finals. The whitewash was on in this one 9-0. Cullen was able to stop the rot with a 126 checkout but he was only able to get a couple more legs on the board at was Cross who made it to his third European Championship final.

MvG fantastic in run to the final

Michael van Gerwen had to find his best days throughout the day, and we saw a contender for game of the year in his 10-8 quarter final win against Gerwyn Price. 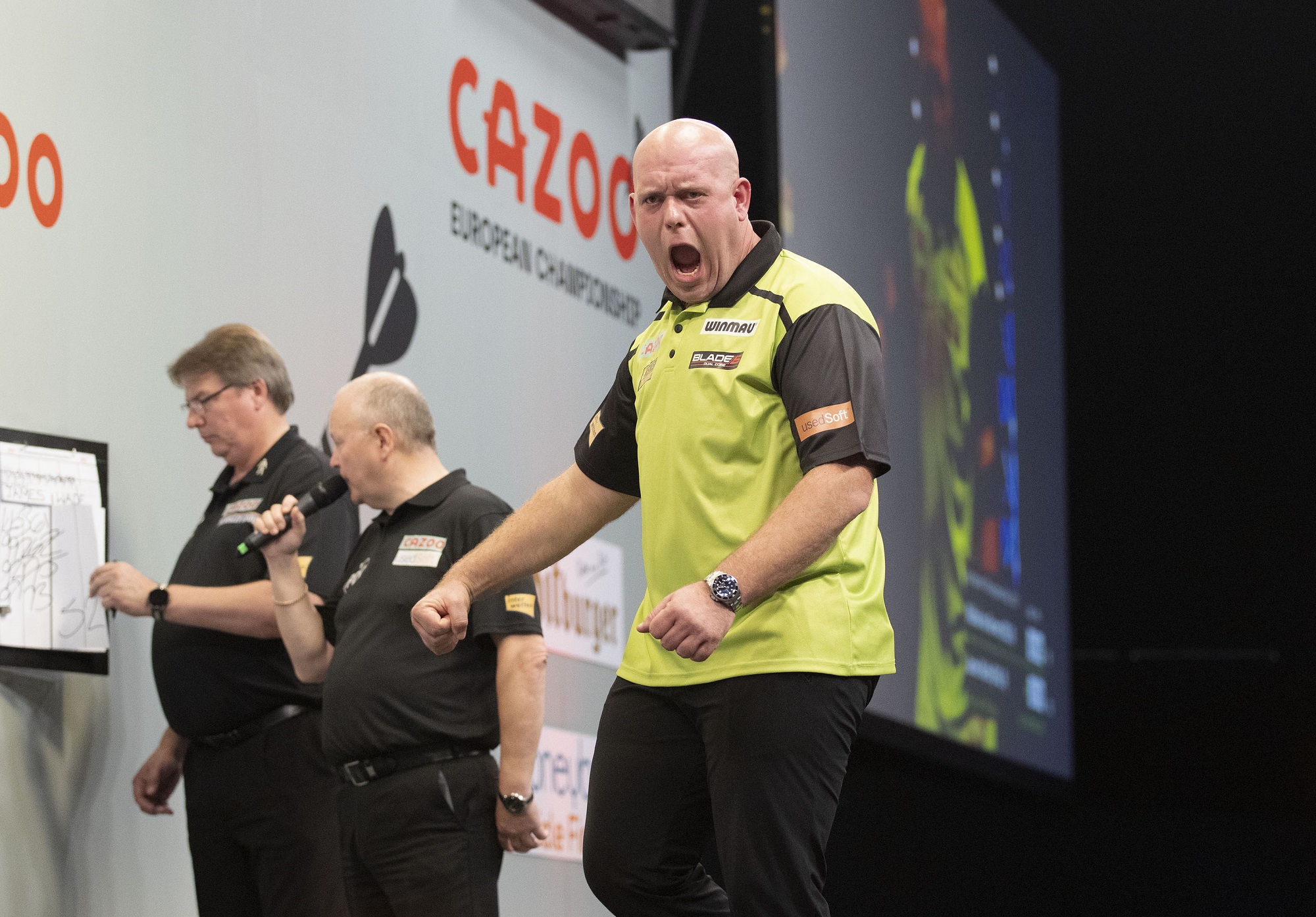 Price come flying out the blocks and lead 4-1 going into the first break. MvG won by the same margin before the second break to level the game up. For the next 6 legs we saw neither player able to get control and when Price missed two darts to lead 9-8, MvG punished and was then able to hold throw to win the game. Both players averaged over 107.

Michael wasn’t allowed to rest on his laurels in the semi finals and he had to fire in an 11 dart last leg to beat Nathan Aspinall 11-10.

Van Gerwen was in total control of this being 7-1 up until Nathan Aspinall reeled off five consecutive legs. The crowd got behind ASP he was able to level things up at 9-9 and 10-10. However, we saw Michael at his best to book his place into the final.

The opening game of the day saw Nathan Aspinall win a last leg shootout against Danny Noppert. Combined averages were over 100 and between them they only missed 11 darts at a double in a European Championship classic.

It was a little easier for Joe Cullen who defeated Mensur Suljovic 10-7. It was hard to pick a winner in this one after 12 legs with the score all square and then Joe Cullen found another gear to reel off four of the next five legs to get a semi final spot.