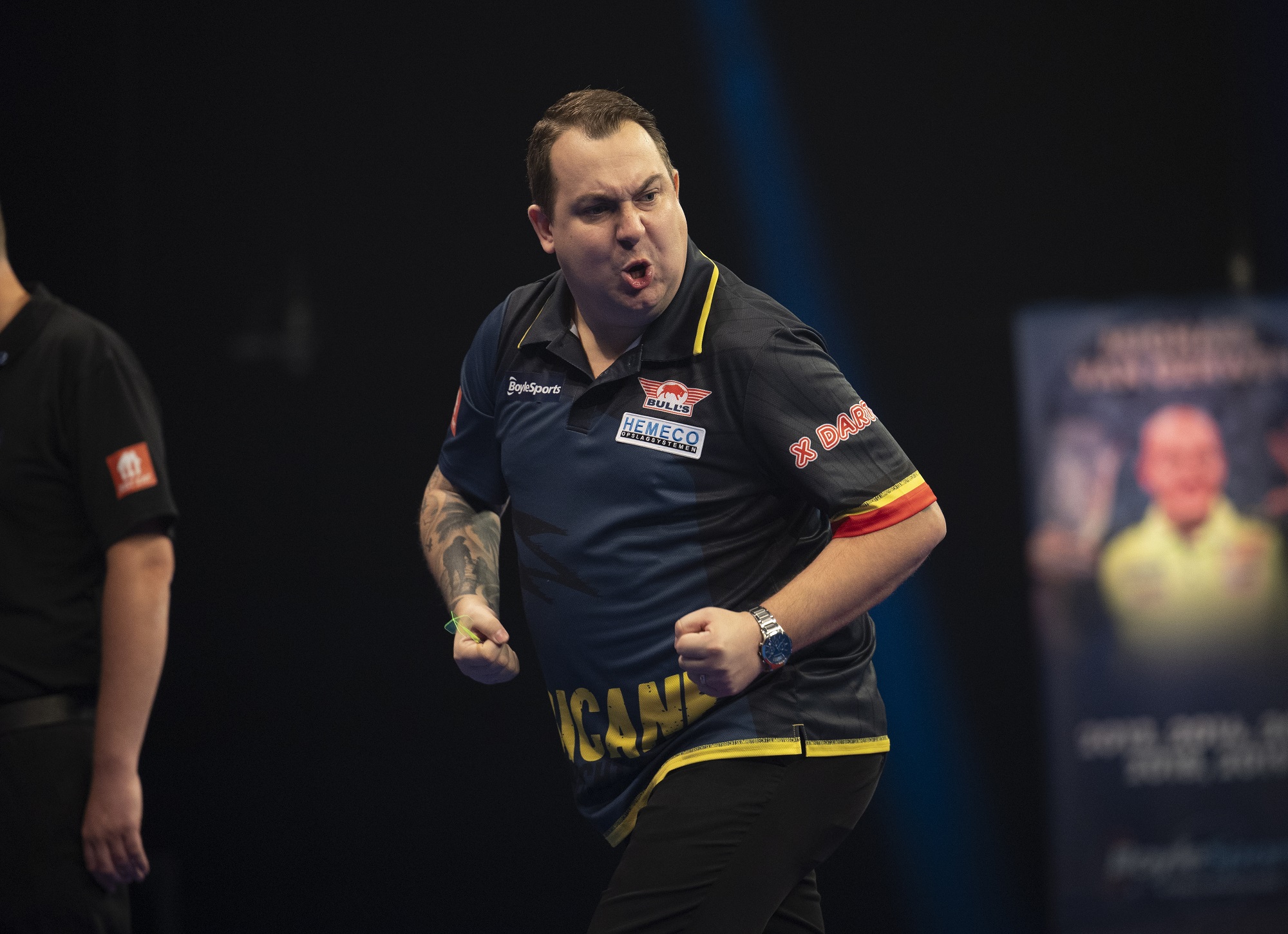 Kim Huybrechts will return to the World Series of Darts Finals for the first time in five years after coming through the qualifying event in Barnsley.

The Hurricane, who last appeared at this event in 2016, beat Adrian Lewis in his final game to book his ticket to Amsterdam at the end of October.

Elsewhere, three players will also make the World Series of Darts Finals for the first time, as:

Took the remaining three spots to finish off the line up.

After a disappointing early exit in round one of the European Championship, The Hurricane produced an excellent evening of darts to seal his spot in Holland.

After comfortably beating Steve Lennon and Raymond van Barneveld in the first two rounds, Huybrechts went through the gears in his final two matches. He hit a 104.01 average to defeat Luke Woodhouse 5-4 in a last leg decider, before beating Adrian Lewis 5-1 with a 105.21 average to book his place in the event.

King was tested in his first game of the evening, fighting past Michael Unterbuchner in a last leg decider. However, it was much more plain sailing for him afterwards, as he cruised past Aaron Beeney, Darius Labanauskas and Damon Heta to reach the event for the first time.

Kuivenhoven and Zonneveld also fought through the World Series of Darts Finals qualifier to bring the Dutch contingent in the field to seven.

In a symmetrical day for Kuivenhoven, he beat Daryl Gurney 5-1 in round one, before squeezing past John Michael in a last leg decider. He then won 5-1 against Chris Dobey, before coming through another last leg decider to pip Ryan Joyce to qualify.

Zonneveld was the fourth and final player into the field from the Qualifer.

He had to play an extra round, beating Max Hopp first up. After winning a last leg decider against Jon Worsley, he won his remaining games against Derk Telnekes, Mickey Mansell and Brendan Dolan to be the 24th player in the draw.