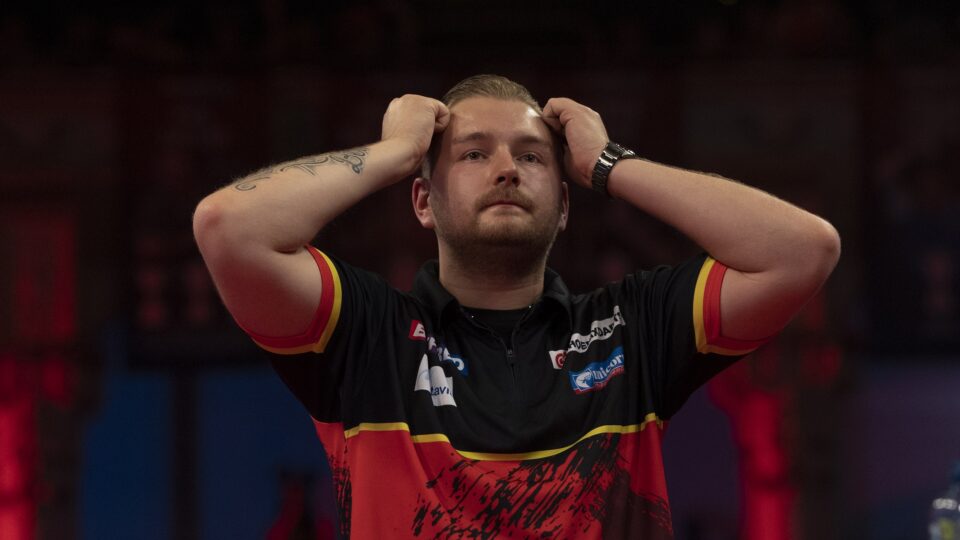 After falling behind in the final, The Dream Maker won seven legs out of eight to deny Adrian Lewis a first title in two and a half years, coming through 8-5.

Also on day one we saw,

The Dream Maker took his second Pro Tour win of the year after winning his first one during Super Series Three.

The day started with consecutive 6-2 wins over Boris Koltsov and Andrew Gilding with back to back 104 averages. Dimi only had one game which went to the last leg and it was a 6-5 win over Vincent van der Voort. DreamMaker then demolished his next three opponents beating Chris Dobey 6-1, Rob Cross 6-2 and Kim Huybrechts 7-2. With averages of 105, 109 and 104 he went into the final in flying form.

He took on Lewis in the final, who himself had battled through Ryan Searle and Dave Chisnall among others to be on the cusp of winning his first title since 2019. In the early stages of the match, it looked like Jackpot would live up to his moniker, going 4-0 and then 5-2 up to be within three of the title.

However, he then did not get a double for the rest of the match, as his scoring slowed down. That allowed the former World Matchplay champion back into the game, and he took it. After a 12, 16 and 18 dart leg got the match level, the Belgian hit a 15 darter to hold, followed by a 14 darter to break and turn the match on it’s head.

15 darts later, Van den Bergh cleaned up 40 to win the first title on offer in Barnsley this week.

Big news before a dart was thrown we saw both players from the Welsh World Cup team not in the draw on day one. No confirmation yet on if we will see Jonny Clayton or Gerwyn Price this week.

We saw some big names drop early on including, Luke Humphries, Danny Noppert and Damon Heta. Nathan Aspinall also fell at the first hurdle as he fired in a 113 average and a nine darter in a 6-4 defeat to Keegan Brown.

With other big names like Michael Van Gerwen, Jose de Sousa, Peter Wright and James Wade knocked out in last 16 or before, it opened up the draw with the highest seed left in last eight being number 11 seed Ryan Searle.

It was in the last 16 we saw another perfect leg, this time it was Callan Rydz who fired it in and once again it wasn’t enough to get the win as he lost 6-5 to finalist Lewis.

View the full results on day one of the seventh PDC Super Series.