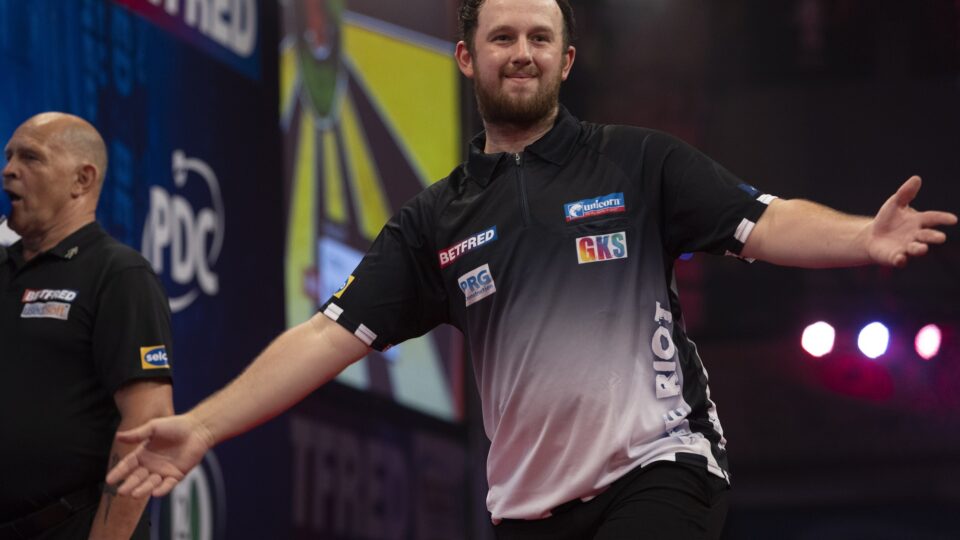 The sporting party in the North East of England continued today, as Callan Rydz won his second PDC Pro Tour title.
The Riot defeated German Gabriel Clemens 8-6 in the final, in what was nearly and all Geordie affair!

The route’s to the final

Rydz started the day with a 6-2 victory over Andy Boutlon, before further victories against Darius Labanauskas and Ross Smith ensured he progressed from his board.
Next up came Grand Slam Champion Jose De Sousa before a last 8 clash and victory over Mervyn King.
Conqueror of Michael van Gerwen, Dirk van Duijvenbode stood in the way at the semi-final stage. But he was brushed aside 7-1.

In the other half of the draw The Gentle needed victories over Adam Gawlas and Chas Barstow to reach his board final. There he met Nathan Aspinall who he overcame in a last leg decider.
It was an all German clash in the last 16, which again went all the way. This time Martin Schindler was on the receiving end of the 11 leg loss.
Surprise package of the day, Steve Brown, was next up in the Quarter-Finals. Bomber falling just short of the leg count Clemens’ previous two opponent managed going down 6-4.
The all Geordie party was spoilt in the Semi-Finals. Chris Dobey fell in yet another last leg decider despite averaging 106.

The thick of it

Michael Van Gerwen’s hunt for a ranking title in 2021 continues. The Dutchman has seen a resurgence in form of late, but has been unable to get over the proverbial line.
Ryan Searle accounted for him yesterday in a blistering performance, and after winning 19 consecutive legs to start the day, it looked like something similar would be required.
Step up, Dirk van Duijvenbode. The Aubergenius produced a 101 average to beat MvG in the last 16 and ensure the wait for the ranking title goes on for his World Cup Partner.

Former Scotland World Cup pair Gary Anderson and Peter Wright were both early casualties. Anderson failed to get past Ross Smith in round one, whilst Wright succumbed to an 85 average from Peter Jacques in round 2.
Staying in the World Champion club, Raymond van Barneveld also fell in round one to Scott Mitchell, whilst James Wade, a man without a World Championship was seen off by Kim Huybrechts.

In the tour card race for 2022 Ryan Meikle has edged towards safety after his run to the Quarter-Finals. He’s up to 62nd on that ranking table.
Steve Brown also made the same round as the Barber, but it could be too little too late for Brown, who finds himself in 99th spot, 33 places below the threshold.

Super Series 7 continues tomorrow at 12pm BST.
Keep up to date with all the action via our YouTube channel Live Stream.