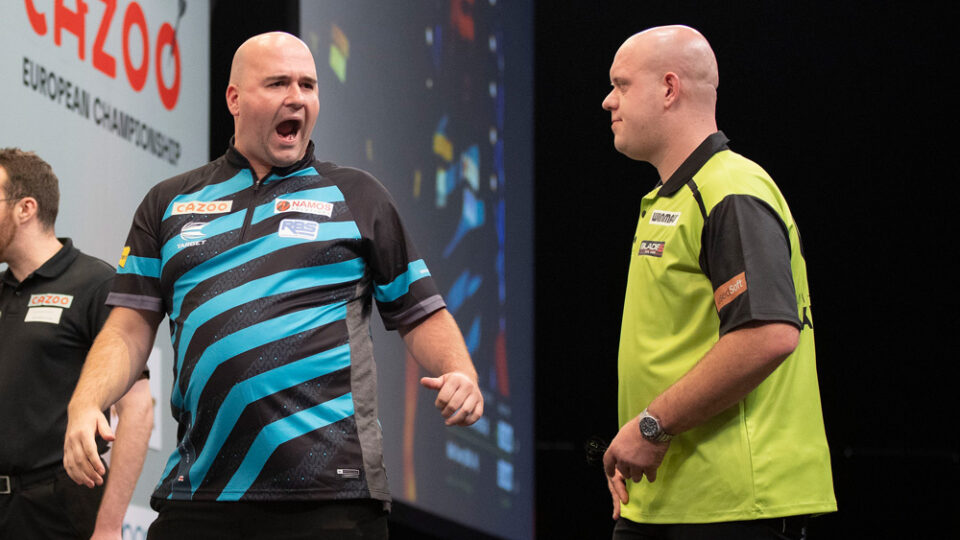 Days after picking up the European Championship in Salzburg, Voltage took home his first floor title in three years, beating Ryan Searle in the final of Players Championship 26.

It was comfortable run to the final for the former World Champion Cross. He beat David Evans, John Henderson and Andy Hamilton to reach the last 16, before hitting back to back ton plus averages to see off Peter Wright and Vincent van der Voort to reach the last four. A 7-4 victory over Razma saw him into the final.

Searle recorded victories against Michael Unterbuchner, Robert Thornton and Mike De Decker to come through his board. Back to back 6-4 victories over Daryl Gurney and Michael Smith got him into the semi finals, before he beat Nathan Aspinall 7-5 to join Cross in the showpiece match of the day.

Cross started the final brilliantly, averaging 120 to win the first two legs. Four holds followed, before back to back 15 darters from Voltage gave him a healthy 6-2 lead.

However, Heavy Metal fought back. After a 12 dart hold, he took advantage of missed doubles from Cross to get a break back, before holding 14 to close the gap to 6-5. Both then held, meaning Voltage was throwing for the match in the 14th leg. Searle was first to a finish, but missed tops for a 104 to level and force a decider, allowing Cross to hit a 76 outshot with his next visit to get over the line and win the title.

Michael van Gerwen’s luck was once again out in Barnsley. The Green Machine hit a 107 average in a 6-3 loss to Daryl Gurney to exit in the last 32. It means MvG is averaging 104 for the tournament, but has yet to make the quarter finals.

A last 16 run from Jason Heaver saw him move into the provisional World Darts Championship qualifying places. Krzysztof Kciuk is in the final spot, after a second round run put him ahead of two others on countback.

View the race to qualify for World Darts Championship.

Despite starting the day outside the top 64 on the Order of Merit, Razma’s semi final run, which included a nine dart finish, saw him move comfortably into Players Championship Finals qualification. Elsewhere, wins today from Niels Zonneveld and Ted Evetts pushed them ahead of Simon Whitlock and Lewis Williams for the final two spots, as the race to battle to make Minehead continues to go down to the wire with just four events to go.

View the race to qualify for the Players Championship Finals.

View the full results on day three of the PDC Super Series.