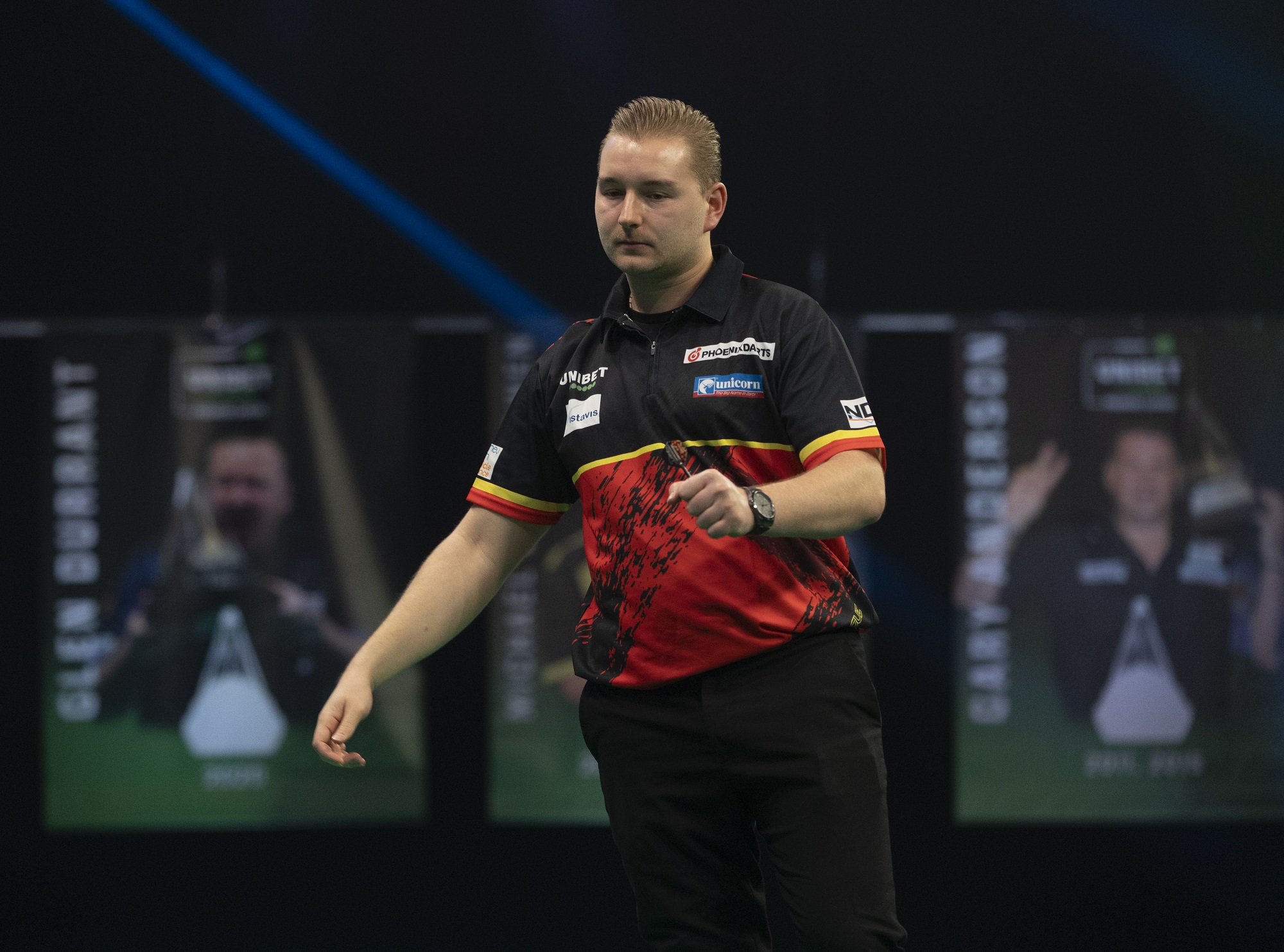 Van Duiijvenbode, who won the tournament yesterday, was within a leg of going to world number 23. However, for Van den Bergh, it sees him finally pick up his first senior title on Pro Tour after years of trying.

After picking up his first TV title at the World Matchplay in 2020, Dimitri can now add a floor tournament to the CV.

He beat John Brown, Ian White, and Alan Soutar to win his board, before seeing off Ryan Searle in the last 16. He beat Scott Mitchell in the quarter finals, before winning against Danny Noppert to seal his place in the final.

Dirk saw off Berry van Peer, Danny Baggish & Peter Jacques to get through his board, before defeating Mike De Dekker in the last 16. A bagel victory against Simon Whitlock, before a victory against Robert Thornton, got him the other spot in the final.

The final itself saw The Dream Maker go 3-0 ahead in 45 darts, as the Aubergenius struggled to get a foothold in the game. However, with the game at 4-1, Van Duijvenbode fought back. After holding, he took advantage of missed doubles in the next two legs from the Belgian, making the game level at 4-4.

Two further holds saw the match get to 5-5, before back to back 15 darters from Van den Bergh, with 116 and 104 checkouts, saw the Belgian go within one of the title. However, he missed a dart in the 13th leg for the match, and Van Duijvenbode kept himself alive, hitting an 88 checkout to get the game back on throw. A comfortable 13 dart leg from the Aubergenius forced the match into a decider.

Robert Thornton also enjoyed a great run to the semi finals, with wins against Nathan Aspinall and Michael Smith, before losing  van Duijvenbode.

Scott Mitchell and Simon Whitlock produced runs to the quarter finals to keep themselves in the hunt for a potential Blackpool place. Ryan Searle’s good run to the last 16 sees him take the last qualifying spot for Blackpool, ahead of Darius Labanauskas on countback.

View the race for the World Matchplay here.

Elsewhere, it was another disappointing day for Michael van Gerwen. He had his best run of the week, as he beat Gary Blades, Lukas Wenig and John Michael to get into the last 16, before losing 6-3 to Whitlock.

View the full results from day four of the PDC Super Series here.