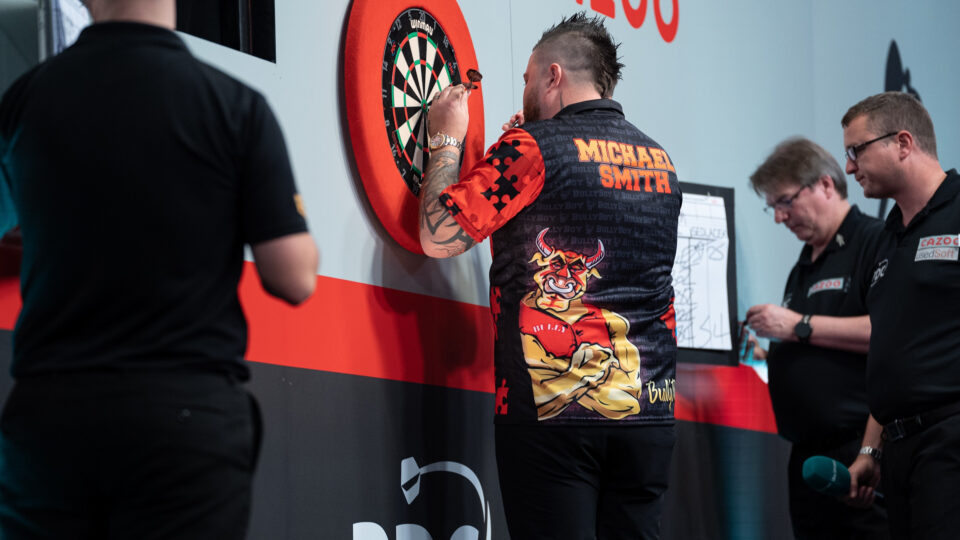 Michel Smith has outlined his desire to set up his own charity “I earn enough. It’s about giving back now.”

Smith, who is well-known for giving back with his Autism Awareness shirts, also stated that off the oche he wants to establish a charity to see all money from his shirt sales funnelled to help those in need, including his nephew who has autism, and to give back.

“I was being outscored, people were missing doubles and I was crawling down and winning them. That’s not my game. I was missing doubles which was my game and I was losing. I was getting lucky, I hate being lucky. I’d rather play really well and get smashed. In Barnsley I wasn’t playing well and I was lucky for 10 games,”

“I’m not where I was but you can see tonight when I was coming away from double 20 and going for double eight and 16, in the practice room I wasn’t missing 32 so I thought I’ll give it a shot and then I went back to double 20 and hit that so I think maybe having a break that were fine, I wasn’t missing much. I’m 32, you’re not too old to learn. I had to give something else a try.”

“I must spend £15-20k on shirts a year and then we sell them and double the price and people may think it’s lining my pockets but it doesn’t see my pockets. It goes into a different account which I give out to people who need it. I want a non-profit charity where I take nothing, I earn enough. It’s about giving back now.”