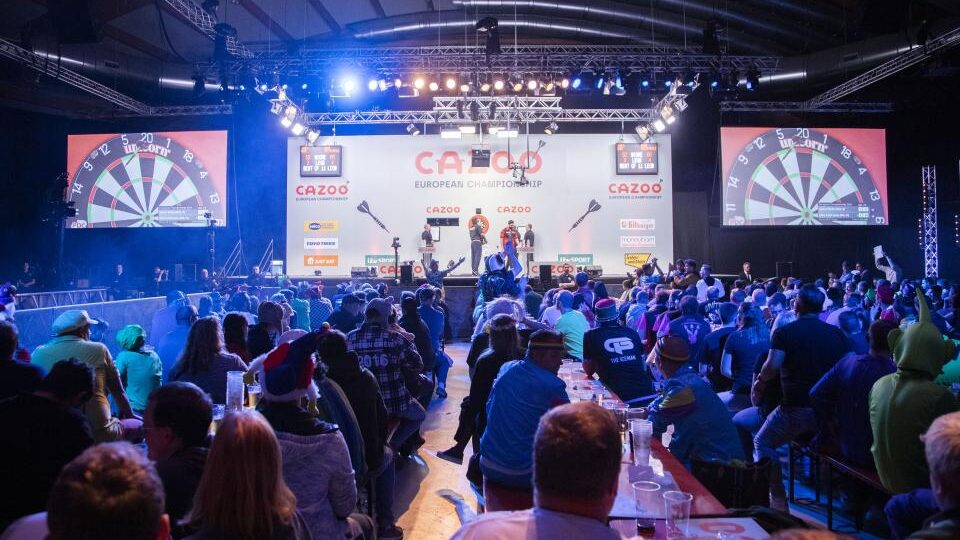 After 13 events, the European Tour draws to a close in the 32 man finale, as Rob Cross looks to defend the title he won against Michael van Gerwen in Salzburg.

The winner this week will take home £120,000 which could have a significant impact on the World Rankings heading towards the PDC World Championship.

Stand out first round matches

The name on absolutely everyone’s lips in the sport right now is Josh Rock. The 21 year old sensation from Northern Ireland picked up his first Pro Tour title last weekend. The European Championships represent Rock’s first outing in a PDC TV major, with many now eagerly anticipating if he can transfer his electric floor form to the TV stage.
World Grand Prix finalist Nathan Aspinall is the man tasked with stopping Rock. The Asp was quick to remind press and pundits in previous events about how he had seemingly been written off. Given the attention surrounding Rock right now, this just might be the fire in the Englishman’s belly he needs to get through the first round.

Defending Champion Rob Cross faces a tough start to his title defence. He takes on James Wade on night one.
Voltage’s win on the Pro Tour last week, defeating Peter Wright in the final will have filled the former World Champion with confidence heading in to this one. By contrast, his opponent has struggled with match form since his overnight stay in a German hospital earlier in the year. However, given all of that, you’d be foolish to write off the Machine. He seems to thrive at this time of the year in ITV broadcasted events.

This duo always seem to produce the goods whenever they meet on TV. However, Dobey has lost his last 5 matches against the green machine. He’ll be hoping to arrest that record when these two meet on Friday evening.
As unlikely as it seemed at times during the last 2-3 years, Van Gerwen looks to be nearing his brilliant best. A winner in the Premier League, World Matchplay and World Grand Prix, it is fair to say he is on a bit of a roll right now. He finds himself in a tough part of the draw, but if he prevails once again, the warning signs for the rest of the field will surely be plain for all to see. He’s Back.

Round One Order of Play