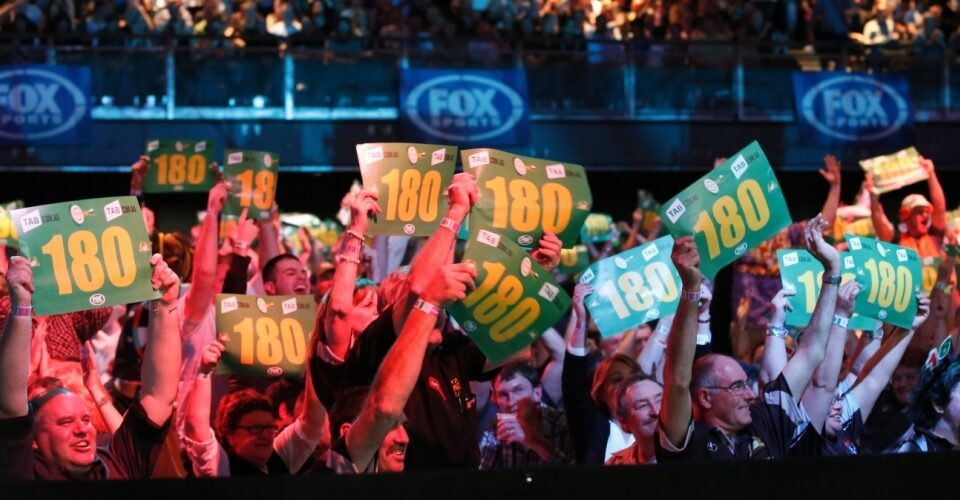 The PalmerBet Queensland Darts Masters will take place on August 12-13 at the Townsville Entertainment & Convention Centre, bringing the world’s best darts players to Australia for the first time in August 2022.

The PalmerBet New South Wales Darts Masters will take place on August 19-20 at the WIN Entertainment Centre in Wollongong, before moving over the Tasman Sea to Hamilton for the New Zealand Darts Masters on August 26-27.

PalmerBet, which has been one of Australia’s top bookmakers for almost 50 years and offers both online and on-course betting, will sponsor the Australian double-header.

PalmerBet has been named as the title sponsor of the Australian leg of the 2022 World Series of Darts, which will take place in Townsville and Wollongong.

PalmerBet CEO Grant Palmer said: “We are delighted to be joining forces with the PDC through our sponsorship of the PalmerBet Queensland and New South Wales Darts Masters events.

“We have watched PDC events worldwide and always been impressed with their presentation and of course the high level of competition.

“We are seeing a resurgence of sports such as darts and boxing in Australia and PalmerBet will be continuing to support these world class events in the form of sponsorship.

“We encourage the communities of Townsville and Wollongong to attend these events – its not everyday you can watch the world’s best in your own backyard!”

The World Series of Darts has eight of the elite PDC players competing in two-day tournaments alongside eight regional qualifiers.

“Australia has always been a popular destination on the World Series of Darts tour since we first visited Sydney in 2013, and we’re already excited about our 2022 tournaments,” said PDC chief executive Matt Porter.

“It’s fantastic to welcome PalmerBet as title sponsors for our Queensland Darts Masters and New South Wales Darts Masters events – with exactly a year to go before we take to the stage in Townsville!

“These events will each be two great days of top-class darts action for the fans attending as well as those watching on Fox Sports and through the worldwide broadcast coverage.

“The World Series showcases the best talent in the world as well as giving a platform for domestic contenders to challenge themselves – as seen by Damon Heta’s win in Brisbane in 2019.

“It will be fantastic to see them back on stage in front of packed, sports-loving Australian crowds next August.”