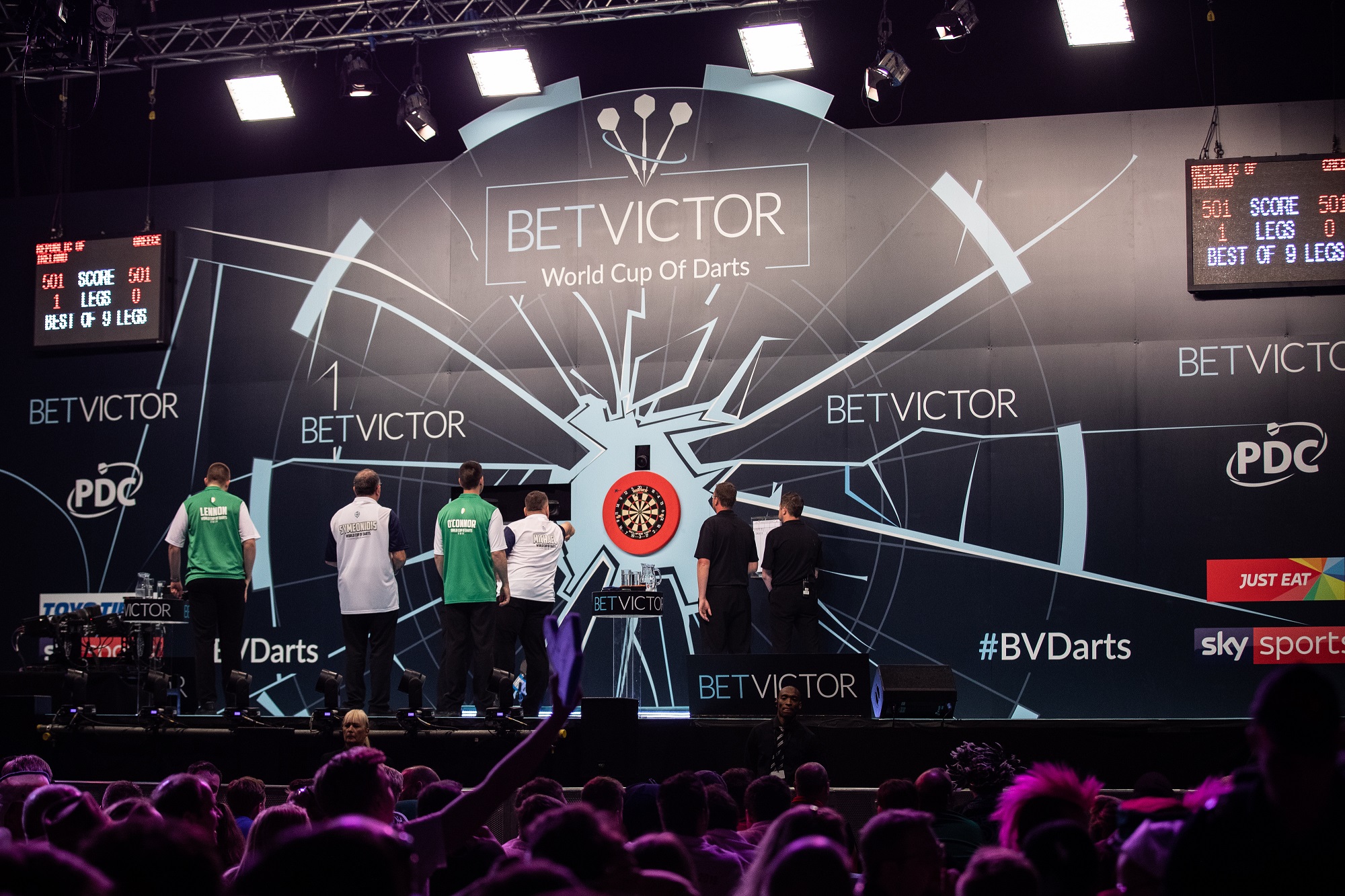 PDC World Cup of Darts schedule results and how to watch across the whole weekend of darting action.

The PDC World Cup of Darts starts on Friday, November 6th. Here we will provide you with all the information you need for the tournament. Schedule, results and how to watch can all be found here across the weekend.

The 32 nation event is one of the highlights of the darting calendar. Unfortunately this year the World Cup of Darts will be played behind closed doors in Austra. Defending champions Scotland have a very different look this year. Gary Anderson and Peter Wright both choosing not to travel during the COVID19 pandemic. So John Henderson and Robert Thornton will wear the shirts this year. Can the pair defend the title? Or will we have a new name on the trophy?

Below you will find the schedule and results. These will be updated round by round, so you always have the up to date information on the World Cup of Darts.

Second Round, Quarter-Finals & Semi-Finals
The Second Round, Quarter-Finals & Semi-Finals will be played as two best of seven legs 501 Singles matches, with both nations nominating the order in which their players play. In the event of both nations winning one Singles match apiece, a best of seven leg 501 Doubles match will be played to decide the tie.