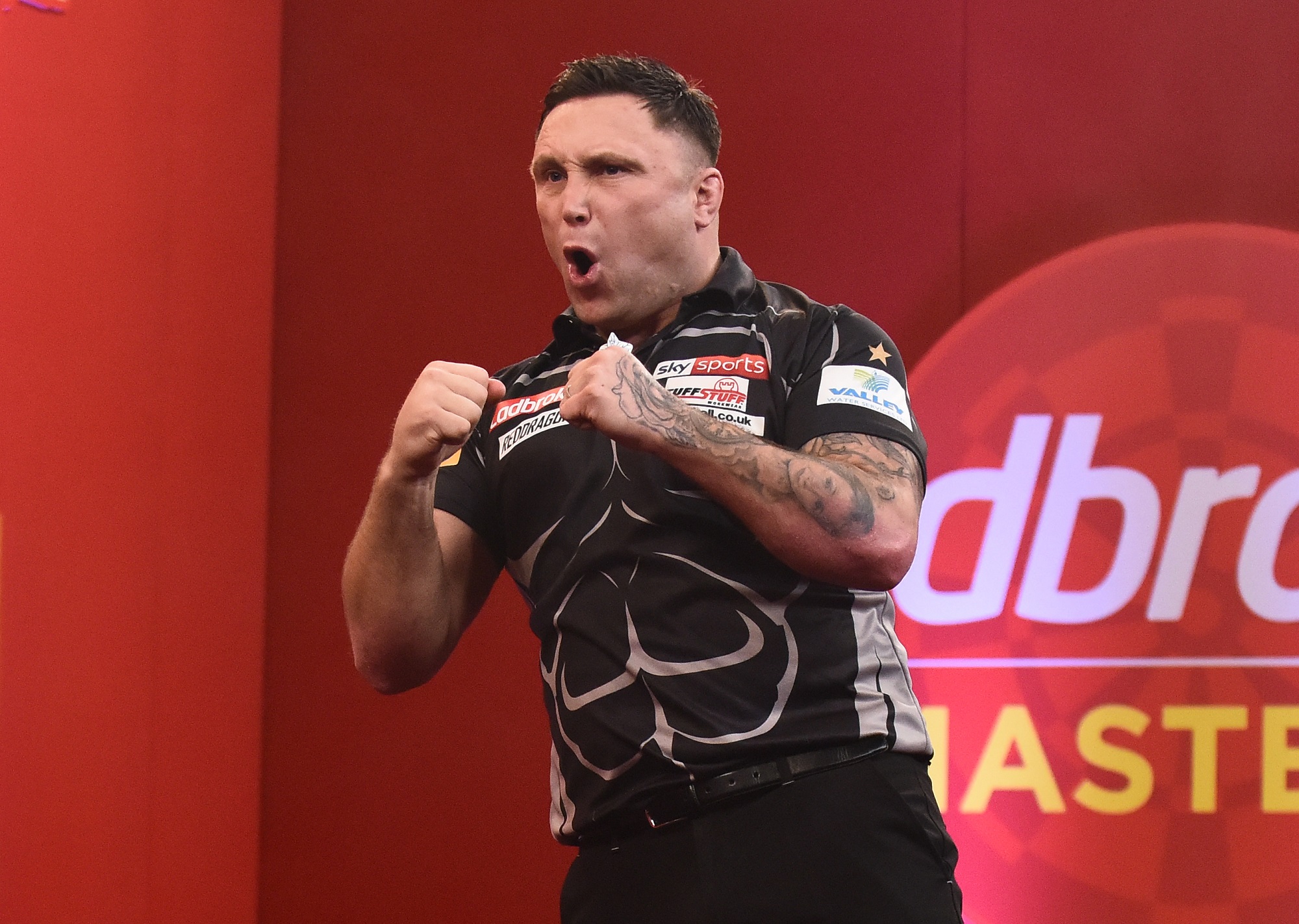 Gerwyn Price picked up his first title since winning the 2021 World Championship on day two of the PDC Super Series.

The Iceman won his maiden title as World Number One, coming through the day to eventually beat Luke Humphries 8-5 in the Players Championship 6 Final in Milton Keynes.

The Welshman extends his lead at the top of the PDC Order of Merit, and finally breaks his title winning duck in 2021.

The Iceman posted on Instagram yesterday that he was struggling for motivation. Today, he certainly had it, as he rediscovered his form in MK.

A victory over Chris Dobey saw him into round two, before he trailed 5-3 to Andrew Gilding. There, he reeled off three straight legs to see himself into the last 32, and did not look back.

Comfortably victories over Rowby-John Rodriguez, Scott Mitchell (the only game he averaged less than 100) and Michael Smith saw him into a semi final against yesterday’s winner, Brendan Dolan. Price prevailed in a last leg decider, giving echoes of their epic match at the World Championships last Christmas.

Price faced Humphries in the final, who beat some top class players on the way to his maiden floor final. Kicking off the day with victory over Raymond van Barneveld, he then came through Ian White, Gordon Mathers, Peter Wright, Dirk van Duijvenbode, before winning a last leg decider against Jamie Hughes to reach the showpiece match.

Both broke each other’s throw twice, and held once, as the early exchanges saw the final level at 3-3. However, in the middle legs, the World Number One showed his class. Two 13 darters, a 14 and a 15 darter saw him take a commanding 7-3 lead, while Cool Hand did not get a dart at a double.

Humphries though produced a 13 darter to get the game back to 7-4, followed by a fantastic 126 for a 12 darter to extend the match at 7-5. However, his scoring deserted him in the 13th leg, and Price set up match darts with a spectacular 174 to leave 20. He eventually cleaned it up on the third dart, giving The Iceman his first PDC Super Series title of 2021.

Brendan Dolan, following on from his victory in Players Championship 5 yesterday, produced another excellent display today. His victories over Alan Soutar, Joe Cullen and James Wade helped him to the semi finals, where he was knocked out by Price.

Jamie Hughes produced his best day since returning from injury by also making the last four. He beat Mensur Suljovic and Mervyn King en route to the last leg defeat by Humphries.

Both Yozza and Cool Hand have put themselves right in contention for a World Matchplay qualification spot. However, Ryan Searle overtook Stephen Bunting to get the final provisional place thanks to going a round further than the Bunting. There is however just £250 between them.

Niels Zonneveld, who won his Tour Card back at Q-School, produced his best day of the year so far. The Dutch youngster made a quarter final, beating Rob Cross and Dave Chisnall before Hughes knocked him out.

Dirk van Duijvenbode continues to impress, with his second straight quarter final appearance. However, he once again ran out of steam, losing to Humphries after producing some excellent stuff to make the last eight.

Finally, it was the first day of Pro Tour action where no one hit a nine darter. It ends the streak of five straight Players Championship events where there’s been one.

View the full results for day two of the Super Series here.