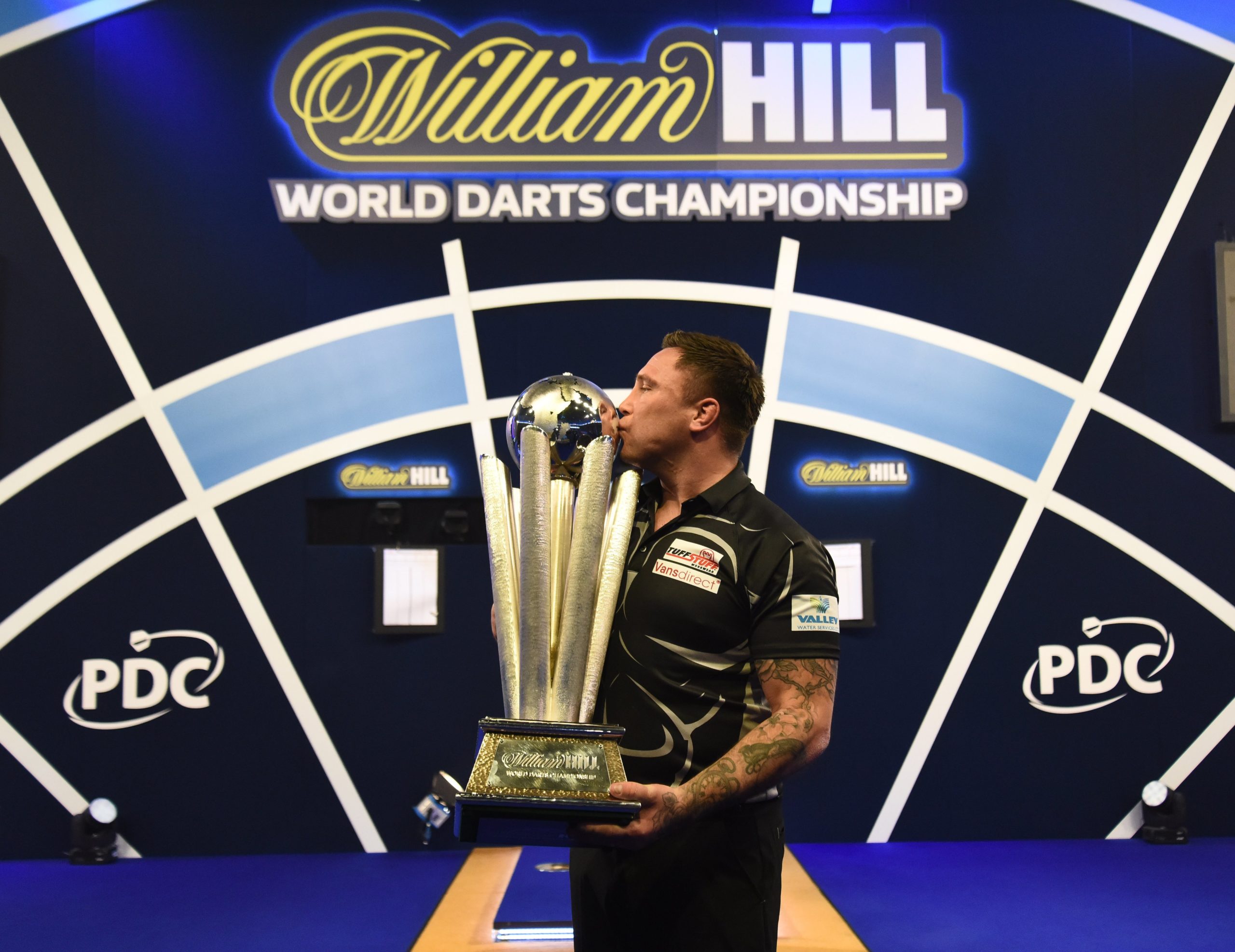 Gerwyn Price produced the performance of his darting career to win the 2021 World Darts Championship Final.

The Iceman was sublime, as he beat Gary Anderson 7-3 to claim the Sid Waddell Trophy for the very first time. It also means he becomes the new world number one, the first player to knock Michael van Gerwen off top spot in seven years. He missed 11 darts to win it, before finding double five to win the title at the 12th time of asking.

The Iceman on fire in early stages

The Flying Scotsman went 2-0 up in the opening set, but then missed three darts for the whitewash and the early advantage. Price found double six, before going 1-0 ahead 30 darts later. The Iceman went 1-0 ahead in the second set, but 47 darts later, had seen his early lead gone, as Anderson reeled off three straight legs to level the match.

Price though responded brilliantly, going 2-0 up in 25 darts. Despite a fantastic 170 Big Fish finish from Anderson to keep the set alive, the Welshman found tops to go 2-1 in front. The Iceman then increased his advantage to 3-1, finding tops once again to close out the set. At this point, he was 10/13 on the outer ring, and had hit tops eight times out of eight.

The Iceman continued his impressive display in the fifth. Back to back 15 darters saw him go 2-0 in front, before he missed two for a whitewash set. Anderson punished with a double five, before Price held once more with a 15 darter to go 4-1 up.

The sixth set was arguably the greatest set of darts seen in a World Darts Championship Final. An 11 and 12 dart leg saw him go 2-0 up, before missing double 12 for what would have been the second nine dart leg in Worlds Final history. In the end, Price settled for a 10 dart leg, to whitewash the set 3-0 and go 5-1 up. He averaged 136.64 in the sixth, the highest ever set average in a World Darts Championship.

The seventh set started much like the sixth, as Price continued his hot streak and went 2-0 up. However, in a role reversal of the first set, he missed five set darts across two legs to go within one of the title. Anderson punished him, eventually winning the set 3-2 on tops, which Price had missed for the first time in the match during leg four. He’d hit it 12 times out of 12 prior to that.

The eighth set saw both players hold twice, as both missed a chance to break their opponents throw. Price had the darts in the fifth leg, and found a magnificent 13 darter on tops to go within a set of the contest.

Price then went within one leg of the match, before missing nine match darts in the ninth set. Anderson took advantage once more, eventually finding a 13 darter to hold. The Flying Scotsman then went 2-0 up in the tenth set, as The Iceman continued to struggle on doubles. However, the Welshman recovered and eventually set up a deciding leg. There, both players missed darts at a double, before Gerwyn Price eventually found double five on his 12th match dart to win the World Darts Championship Final 7-3.