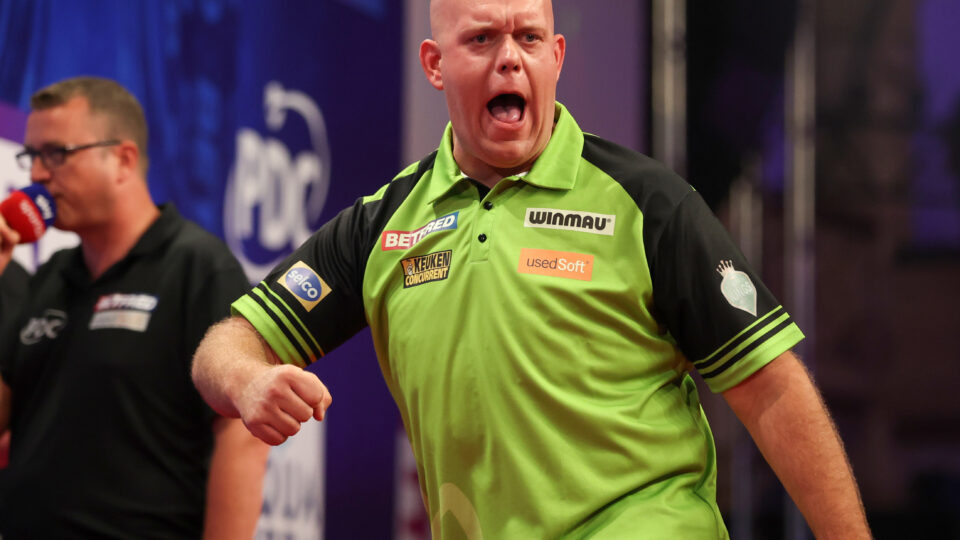 The second round at the Matchplay got underway, with MvG getting the back of Joe Cullen, with Wright and Ratajski needing extra legs.

MvG Too Good For Joe

A rematch of the 2022 Premier League final went the way of Michael van Gerwen with an 11-5 victory over Joe Cullen.

Michael van Gerwen came flying out the blocks averaging 111 after five legs. With two breaks of throw, he lead 4-1 at the interval, with leg five in the game having four 180’s with MvG winning it with an 11 darter.

Joe Cullen did find a break back in the second session however, this still meant Michael had the lead going into the third session.

Michael van Gerwen continued to punish poor scoring by Joe Cullen and won three of the next four legs to move one leg away.

Joe Cullen had the opportunity to close the gap but missed three darts, with Michael van Gerwen cleaning up 24 to move one away.

It the last leg of the game Michael van Gerwen won it with a 15 dart leg to seal the victory once more over Joe Cullen on the big stage.

Peter Wright defeats Krzysztof Ratajski 13-11 in a World Matchplay classic, to set up a rematch of last year’s final.

Peter Wright raced into a 7-3 lead with both players hitting a 125 checkout, the wright checkout a little bit more spectacular with two bulls either side of the 25.

Polish Eagle seemed a different player after the break, with Wright’s average not moving from the 105, Ratajski found four straight legs to level the scores up at 7-7.

Neither player was able to get a dart at a break until the 19th leg when Ratajski missed three for a 10-9 lead and Wright duly punished. In the next leg, it was Wright’s turn to miss and he missed three darts for the victory before Ratajski made it 10-10 and for the first time this week taking us to a third interval.

The next two legs went with throw before Peter Wright found a fantastic 11 dart leg to move one away once more. Peter Wright didn’t miss the opportunity next time around but that was after missing another match darts at tops.

Dimitri Van den Bergh continued his great form at Blackpool with an 11-6 win over Rowby-John Rodriguez.

Rowby started entertaining the crowd with every 180 attempt including hitting two in the opening few legs but could not get the lead into the interval.

Dimi continued the charge with the throw, only allowing Rowby one attempt at a double to break, with that being in leg 10 and he missed double 16 for a 108 checkout.

Van den Bergh continued to play the game at his pace and won 4 out of the next 6 to move away. The DreamMaker saved the best till last with a 146 checkout to secure the win.

Nathan Aspinall got the better of James Wade 11-9 to return to the Quarter Finals at Blackpool.

James Wade raced into a 2-0 lead with a 126 checkout, before Aspinall fired back with three legs of his own, however, Wade had his opportunity with 126 in leg five but wired the bullseye.

James Wade continued his checkouts in the next session with a 105, before 118 to get the break back after Aspinall broke the previous leg.

James Wade won the first two after the break to take a two-leg advantage once more, however with the game looking to be going one way, Aspinall found another gear to win five of the next six.

Wade held throw to move one away, however, Nathan went into full ASP mode and started the leg with a 180 and won the game with a 12 darter.

For all interviews from World Matchplay Day Four head over to Online Darts YouTube channel.