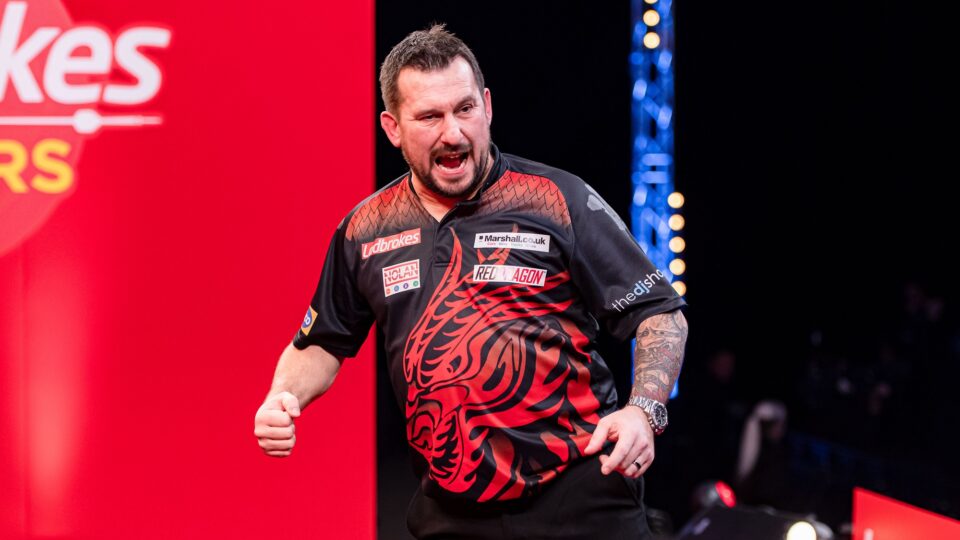 We started with 24, we are now down to eight and by this evening we will have our 2022 Masters Champion.

The afternoon session will see all four Quarter Finals, before the Semi Finals and Final in the evening session.

The headline game on Sunday afternoon will see the Welsh World Cup stars collide for a place in the Masters 2022.

The 2021 Masters Champion edged past Dimitri Van den Bergh in a last leg decider and it was very close for Gerwyn Price as well who got the better of Ryan Searle 10-8.

The most recent meeting between these players saw Gerwyn Price win 16-12 at Aldersley Village. Prior to that meeting, it was Jonny Clayton who had the edge between the two Welsh Stars.

Can either Smith or Chisnall pick up their first TV titles this evening?

Michael Smith and Dave Chisnall won convincingly on day two and both will be looking for their first TV title on Sunday evening in Milton Keynes.

Bully Boy averaged 105 in an impressive win over Krzysztof Ratajski in the second round, and knows if he can continue that form he will be a strong favourite to pick up a TV title in 2022.

Dave Chisnall was just as impressive in his win over James Wade and will need to continue at that standard if he’s going to get the better of World Champion finalist on Sunday evening.

Michal van Gerwen survived a scare in the Second Round against Luke Humphries and will need to improve if he can add another Masters trophy to his cabinet.

The improvement needs to start against Joe Cullen, as Rockstar stormed past Gary Anderson on Saturday afternoon firing in a 106 average in a 10-1 demolition.

Previously cup collection day was when MvG came into his own, and he will be hoping that 2022 will see the return of that form.

Can Whitlock follow up his shock win on Finals day?

Simon Whitlock will be hoping to push on following his win over World Champion Peter Wright on Saturday evening.

The Wizard fired in the biggest shock of Round Two, and we will be hoping he can continue to shock the field and pick up the Masters Trophy on Sunday evening.

Standing in his way first is The Special One. Jose didn’t end 2021 in great form, however he started 2022 perfectly, by defeating European Champion first game on day two.

Jose is yet to follow up with another TV title since picking up Grand Slam of Darts in 2020, and he will know he’s only three games away from making it PDC TV title number two.