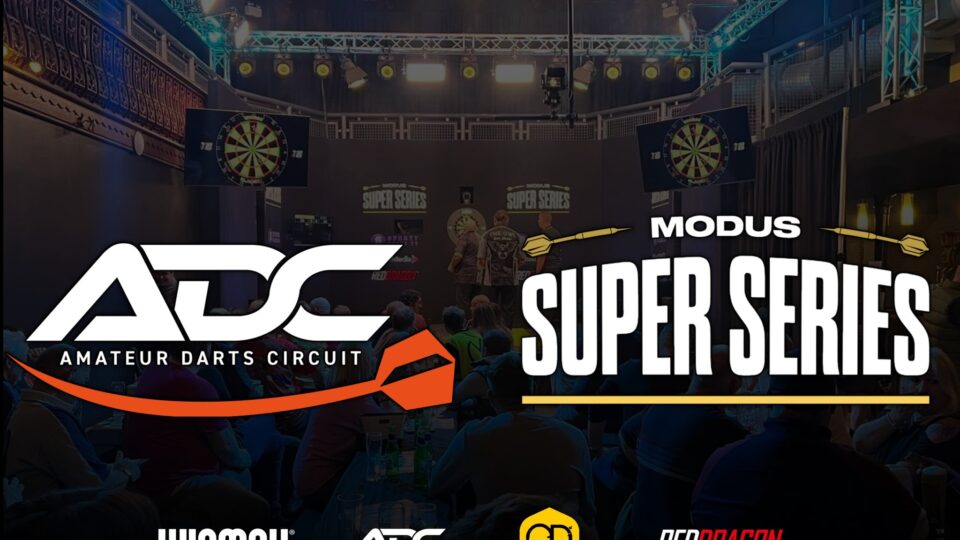 UNDISPUTED has received a significant boost after it was confirmed it will be broadcast live on OnlineDartsTV immediately before the MODUS Super Series finals event on Saturday, December 10.

The move is a huge step forward for the ADC and Undisputed as it will give the series heightened exposure via the popular YouTube channel.

It will also give several ADC players the opportunity to perform in a high-pressure environment live on stage at MODUS Studio in Portsmouth in front of the cameras, along with professional commentary and presenters.

The event will be the first ADC event at the purpose-built darts facility – with many more to be hosted at the Portsmouth venue in the future.

The MODUS Super Series finals take place at 10pm each Saturday – and the December 10th edition will be preceded by a special Undisputed event, which will showcase plenty of what is great about the ADC and how we want to take amateur darts forward.

The full Undisputed line-up will be confirmed shortly but it is known that Dave Prins will be defending his North East title, while Ryan Palmer will be putting his South West title on the Line.

And Sam Cromwell from the North West is hoping to take on the winner of Kevin Painter and James Richardson for the European title.

The ADC is accepting bids for all belts – Global, National, European, and Regional – in the run-up to the December 10 event.

Scott Hunt, Head of Global Operations for ADC, said: “We are incredibly excited to take ADC and Undisputed onto a platform as popular as OnlineDartsTV. With the full stage production and the professional broadcast set-up, what better environment is there for an ambitious darts player?

“The way it works is quite simple: if you think you are good enough, you can put in a bid for one of the belts. Undisputed is a fantastic series – players can put their reputations on the line and test themselves under real pressure.”