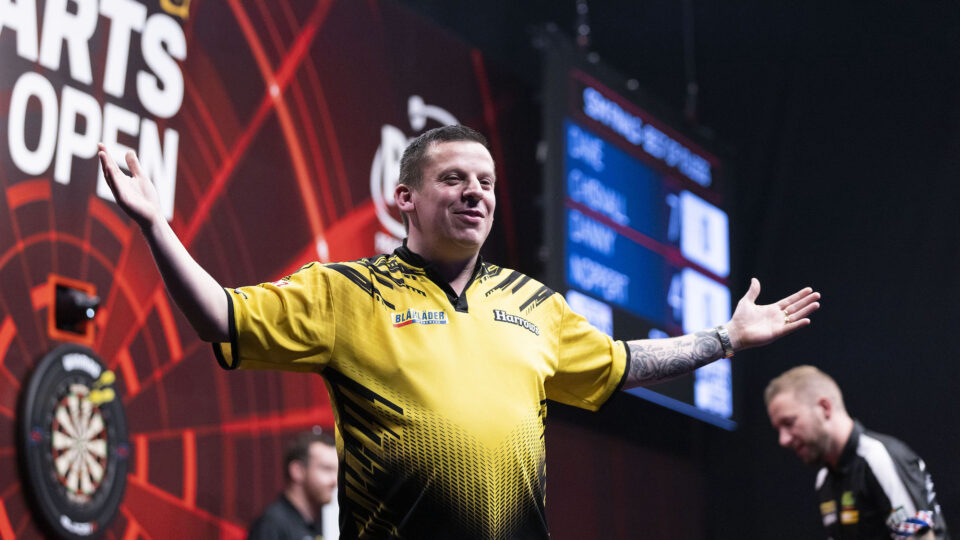 After winning the Belgian Darts Open in September, Chizzy took home the title at Players Championship 25, defeating Josh Rock 8-4 in an excellent final.

It capped off a day in which The Yellow Warrior hit 35 180s, the most ever in one event on the Pro Tour.

Chisnall was in fine form throughout the day in Barnsley. He beat Simon Whitlock, Maik Kuivenhoven and Tony Martinez to win his board, before 102.4 and 114.6 averages saw him defeat Gary Anderson and Luke Humphries to make the last four. He then followed up with a last leg deciding victory against Gerwyn Price to make the final.

Rock continued to show why he is one of the very best in the PDC this year. Wins over Ritchie Edhouse, Darren Webster and Dirk van Duijvenbode got him to the last 32 before he beat Kim Huybrechts in round four. Back to back 112.7 and 108.73 averages against Mike De Decker and Damon Heta saw him into his first ever PDC Pro Tour final.

Chisnall took control early on in the final. Fantastic scoring and excellent doubling, including a lovely 140 with Rock on 78 in the third leg, saw Chizzy move into a 4-0 lead averaging 111.

Rock eventually got on the board in the fifth leg, but Chisnall held again in the sixth to move within three of the title. With the Northern Irishman sat on double 12 to hold in the seventh, the Yellow Warrior found double 10 to go three breaks clear and 6-1 in front.

Rocky though would not give up. He reeled off the next three legs, including a 122 checkout, to cut the gap to 6-4. Both players missed darts to win the 11th leg, and Chisnall cleaned up 16 with his last dart to go within one of the title, before finding double 16 to complete victory and win the match.

What else happened at the PDC Pro Tour?

World number 2 Price got his week off to a decent start. Despite losing in the semi final to Chisnall, his run to the last four sees him firm his spot up in the top 16 of the PDC Pro Tour Order of Merit, which he needs to keep in to ensure he’s seeded for the Euro Tour next year and receives a bye into round two.

Heta, who won the Gibraltar Darts Trophy on the Euro Tour last weekend against world number one Peter Wright, was the other beaten semi finalist. He averaged less than 100 only once during the day, beating William O’Connor and John O’Shea on the way before losing to Rock.

De Decker’s third run to a last eight spot on the PDC Pro Tour in 2022 saw him rise up the World Darts Championship qualification standings into the 32nd and final provisional spot.

Geert Nentjes made the fourth round today to also pull further clear in the Worlds qualifying race. He’s now £2000 away from being caught by Adam Gawlas in 33rd place.

In the race to qualify for the Players Championship Finals, Gary Anderson’s last 16 appearance seems to have appeased any doubts that The Flying Scotsman would not be appearing at Butlins next month.

Runs to the last 32 for Ross Smith and Jermaine Wattimena firmed up their qualification chances for Minehead, while a first round exit for Ian White saw him drop out the 64 qualifying spots with just five events to go. He is just £250 behind Mickey Mansell.

View the race to qualify for the Players Championship Finals here.

View all the results for Players Championship 25 on the 2022 PDC Pro Tour here.