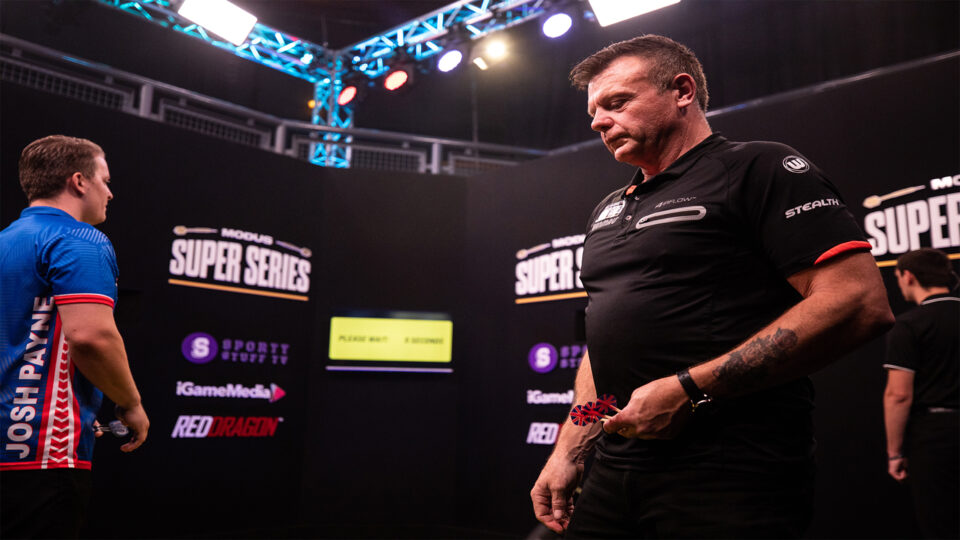 Chris Mason on the radio silence from the WDF “ You’ve got to run one event a year and you can’t get that right,”

During the MODUS Super Series, we had the chance to sit down and chat with Chris Mason about manly topics with darts right now. From his run at the Super Series to recent PDC events and the WDF.

The WDF has been in the spotlight in recent months, with the World Masters only being announced a few weeks ago despite taking place in just over a month, and with the Lakeside World Championship only a few months away, there has been radio silence.

When we asked Mason about the WDF’s lack of news releases with names attached, as well as silence from key members of the organisation, Mason claimed there are parallels with the BDO, which concerns him more than anything else.

Chris Mason on the radio silence from the WDF

“It cannot be that complicated, you are not running a multi-billion pound thing like Matchroom or DAZN. All the other events take care of themselves as they’ve got their own organisers in the system. You’ve got to run one event a year and you can’t get that right,”

“What message does that send out to all the players who remain committed to that system, I just can’t get my head around it. If they were a bit more transparent like this is what’s going on or this is why we can’t do this but the fact that everything is smoke and mirrors.”

“The BDO was very much like that to be honest, it’s almost like they’ve gone nowhere. I’ve got no financial interest in it. I’ve done some media in the past and it’s my choice that I no longer want to do any media with anything like that. As a darts fan and somebody who played in that WDF banner, it saddens me.”