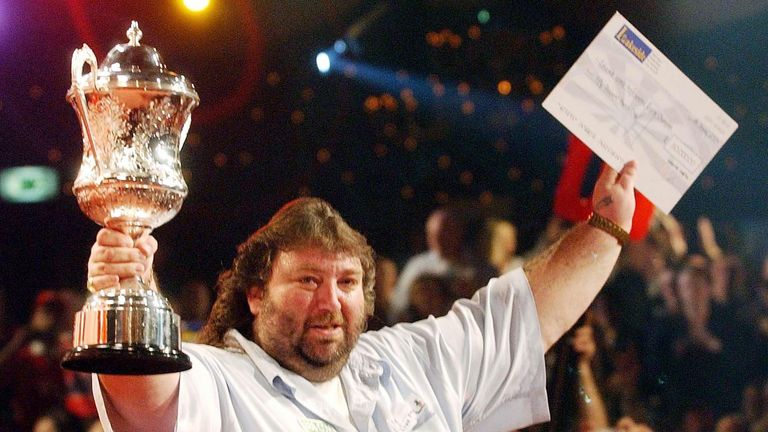 Andy Fordham has passed away at the age of 59.

The unfortunate news that the 2004 Champion of the World Andy Fordham has passed away at the age of 59.

The 2004 BDO World Championship, which he won alongside the 1999 Winmau World Masters, was the crowning triumph of his career, with ‘The Viking’ defeating Mervyn King in the final.

Fordham faced Phil Taylor in a historic £100,000 showdown in November 2004, the first and only to this day, darts match ever broadcast on a pay-per-view channel.

Fordham exited the stage midway through their best-of-13-set match at The Circus Tavern after becoming ill and was forced to withdraw, awarding PDC World Champion Taylor the victory.

Following medical examinations, it was discovered that Fordham’s liver was only performing at 25% capacity due to long-term alcohol damage.

From there, he competed on the BDO Tour until his final tournament in 2018, the World Masters. He was admitted to the hospital in March of last year with a gastrointestinal blockage and was scheduled for surgery.

Then, in early 2021, he tested positive for Coronavirus, which he described as the “scariest thing” he had to deal with.

Today the sport has lost a true great and will never be forgotten.

“Andy was one of the most recognisable players worldwide throughout his career and extremely popular around the world,” said PDC President Barry Hearn.

“His 2004 win at Lakeside will always be remembered as the greatest moment of Andy’s career, and we also knew how much it meant to him when he qualified for the Grand Slam a decade later.

“He was a great personality and a lovely man, and our thoughts are with his family and friends at this time.”