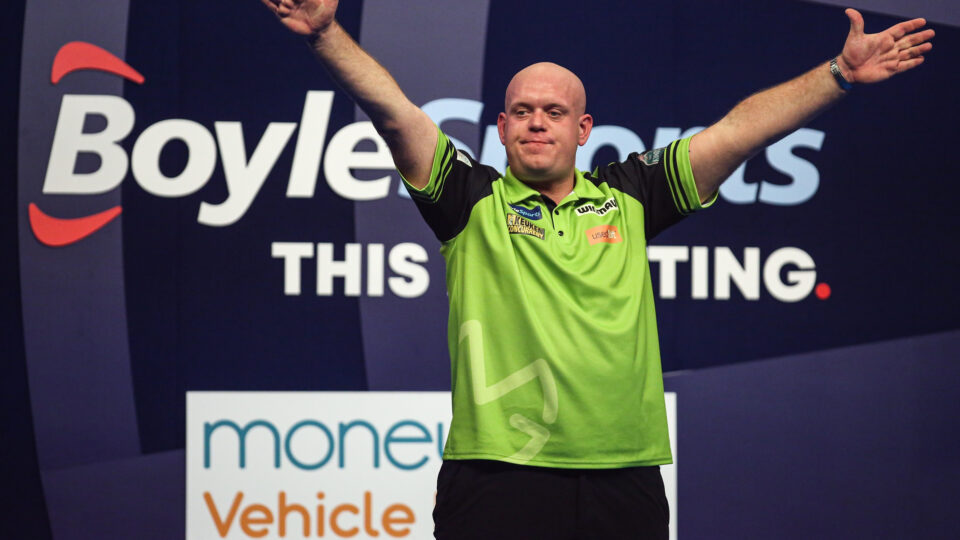 The Boylesports World Grand Prix has gotten down to the business stages, with only 4 men now fighting for the title.

Even if we don’t know the outcome of this match, we should be certain of some fireworks on the stage in what could be a Boylesports World Grand Prix classic.

Price has been more comfortable at this tournament that the Asp. He breezed past Martin Schindler and Madars Razma and even when he was tested against Cullen he was more subdued than normal.

Asp has had to scrap; firstly against a poor Michael Smith, then in a heated match against Danny Noppert and lastly a tight match with Martin Lukeman.

The record is quite tight, with Price winning 11 of their 19 encounters. But Aspinall has some high profile wins against Price, including en route to his UK Open win.

These 2 have met a whopping 94 times in their darting careers. The record is heavily skewed in favour of the Dutchman and so is the form in this tournament.

MVG waltzed past Gary, and played at a different level to Bunting and Dobey who both did well to hang on for a bit. Peter has had to pull it out of the bag against both Ratajski and van den Bergh now, surviving match darts against the Belgian.

More than enough words have been spoken between the pair about who is better and tonight we will get a winner of the war of words. Form suggests van Gerwen, the record suggests van Gerwen. But you cannot write off a world class player in Snakebite who has had Michael’s number in a few big TV matches of late.