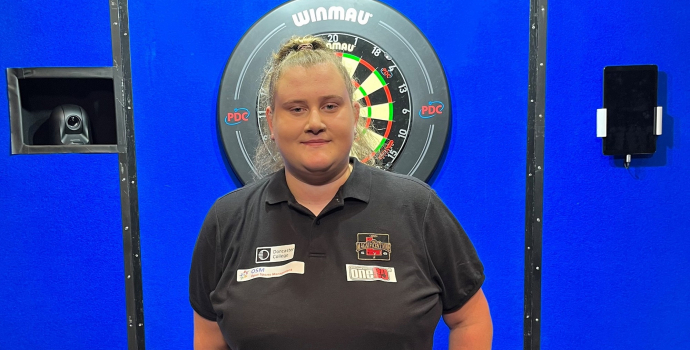 Brilliant Beau does the double at the Women’s Series

Greaves, who is competing in the Women’s Series for the first time since 2020, had a perfect day on Saturday, winning 12 straight games to win both events and take home £2,000 in prize money.

She then defeated Noa-Lynn van Leuven and Iselin Hauen to advance to the final, where she continued her outstanding play by defeating Mikuru Suzuki 5-1 to win the match and the title.

Later on Saturday, Suzuki of Japan again advanced to the Event 14 final but was defeated once more by Greaves, who this time overcame a leg deficit to win 5-2 and strike a magnificent ten-darter in the process.

Greaves defeated Laura Turner in the semifinals after sweeping Anca Zijlstra, Teri-Frances Kidwell, and Evelien Van Tol earlier in Event 14. Her 94.21 average in the final outperformed her 93.63 average in her quarter-final victory over Stefanie Rennoch.

Suzuki defeated Women’s Series Order of Merit leader Lisa Ashton in the semifinals on her way to the Event 14 final; however, Ashton was unable to capture her eighth championship of the year in time to celebrate her 52nd birthday.

Katie Sheldon, who just qualified for the Women’s World Matchplay, advanced to the Event 13 semifinals alongside Iselin Hauen of Norway.