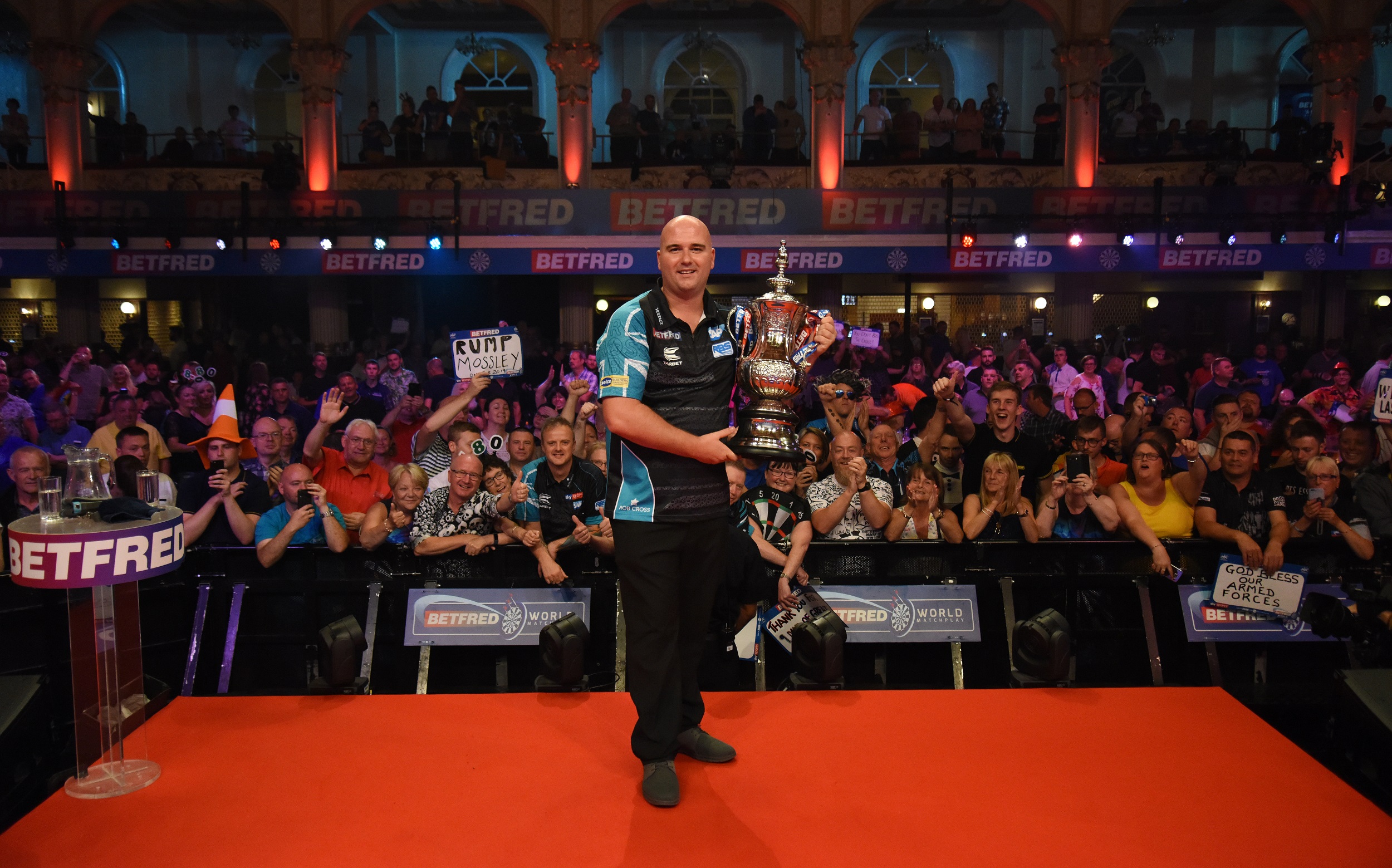 Rob Cross is ready and over the moon to have the chance of defending his World Matchplay crown. Cross won the second biggest ranking event on the PDC calendar last year and is now all set to try and defend his title.

With the sporting world getting to restart, after the forced COVID 19 break, darts is gearing up and ready for a return to action in July. The PDC, last week confirming the Betfred World Matchplay, will take place in its original date starting on July 18th. The venue for the tournament is yet to be established as the PDC still hold out a small hope that some fans may be allowed to attend.

It was feared that the Matchplay may also fall to the pandemic that is gripping the world right now. Those fears have now been eased, as the top PDC professionals look to get their seasons back on track. PDC are hoping to play at least five Pro Tour events before the World Matchplay, and are hoping to confirm that this week.

Speaking to Dartsworld Cross had the following to say.

“It’s great news; I’m over-the-moon. I know that the PDC has been working so hard to keep the sport ticking along despite such difficult circumstances,

“It’s fair to say we are all desperate to get back to the big stage if it is safe to do so for all players.

“It will be tough to come back and straight into a major event like the Matchplay. But it’s a sign that life is getting back to normal hopefully.”

It remains to be seen what kind of form not only Cross but the rest of the field comes back in. It’s been three months since the last PDC event; we will quickly see which players have been putting the hours in and which have not.